The Supreme Court issued a fresh notice to the centre on the fresh anti-CAA pleas, directing it to submit its response within four weeks. 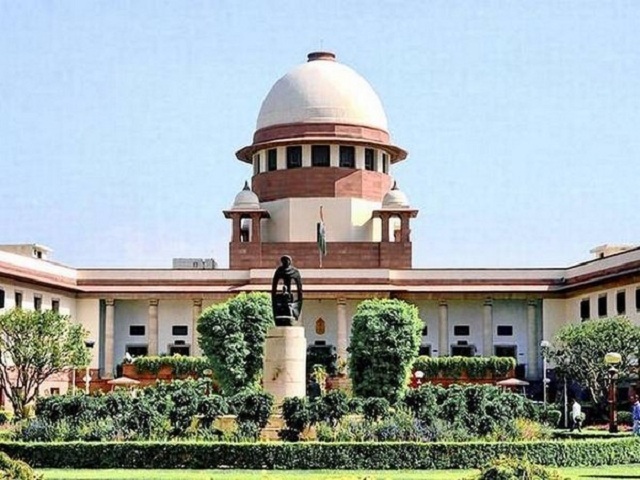 The Supreme Court granted the central government four week’s time to submit a reply on the petitions filed against the Citizenship (Amendment) Act. The apex court announced its decision during the hearing of over 140 anti-CAA pleas on January 22, 2020.

The petitions were heard by an SC bench comprising CJI SA Bobde, Justice S Abdul Nazeer and Justice Sanjiv Khanna. The bench indicated setting up of a special constitution bench to hear the pleas.

The apex court bench, however, did not order a stay on the Citizenship (Amendment) law. 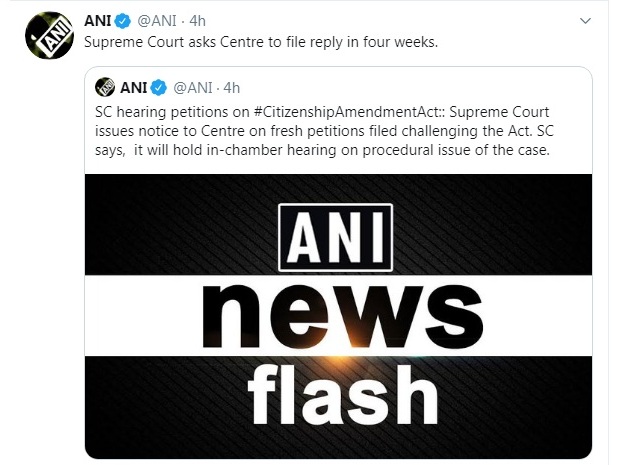 • During the hearing, Attorney General K K Venugopal asked the Supreme Court to freeze the filing of further petitions against the CAA law, as over 140 petitions have been filed already. He stated that others who wish to be heard may file an intervention application.

• The Supreme Court issued a fresh notice to the centre on the fresh anti-CAA pleas, saying that it will hold an in-chamber hearing on the procedural issue of the case.

• The Supreme Court asked the centre to file its reply to the plea within four weeks. The court, however, refused to put a stay on the law.

• The court indicated setting up of a special constitution bench to hear the petitions. The bench will work out the schedule for hearing the cases and take up the cases after 5 weeks to pass interim orders.

• The Attorney General stated that the centre has prepared a preliminary affidavit, which will be filed today. He further argued that the court has to issue some direction on who can come to court, some rules are to be framed, as the atmosphere inside the top court has to be calm.

• The CJI said that the court may ask the government to issue some temporary permits for the time being.

The CAA law allows Hindu, Sikh, Buddhist, Jain, Parsi and Christian minority communities who came to India after facing religious persecution in Pakistan, Bangladesh and Afghanistan on or before December 31, 2014 to get Indian citizenship.

The passing and implementation of the CAA law led to protests across the nation. Over 140 petitions have been filed against the CAA act in different courts. The Kerala Government has also filed a petition in the Supreme Court against the law invoking Article 131.