State of India’s Birds 2020 Report: Population of more than 100 species on decline

State of India’s Birds 2020 Report is India’s first of its kind report that highlights observations by birdwatchers.

The State of India’s Birds 2020 Report was recently released at the 13th COP Convention on the Conservation of Migratory Species of Wild Animals, Gandhinagar, Gujarat. The report has been prepared with the help of a massive database of more than 10 million observations uploaded by 15,000 birdwatchers on the 'e-bird' platform.

It is India’s first of its kind report that highlights observations by birdwatchers form the basis of the analyses. The project was started in May 2018 as a means to collect the actual data of birds in India. The final report was released on February 17, 2020, at 13th COP to the convention on migratory species held in Gujarat.

• The report suggests that about 867 birds were assessed which made it clear that almost all the species are declining.
• The report categorises 101 species as of High Conservation Concern, 59 based on their range size and abundance trends, and an additional 42 based on their IUCN Red List status.
• According to the report, India has witnessed a big decline in migratory shorebirds, raptors, Indian Vulture, Large-billed Lea Warbler, Curlew Sandpiper, Richard’s Pipit and While-rumped Vulture.
• The report also highlights that some species have increased in numbers such as Glossy Ibis, Rosy Starling, Ashy Prinia, and Feral Pigeon.
• Birds were divided into different categories – 101 birds as a high concern, 319 birds as moderate concern and 442 birds as low concern species. 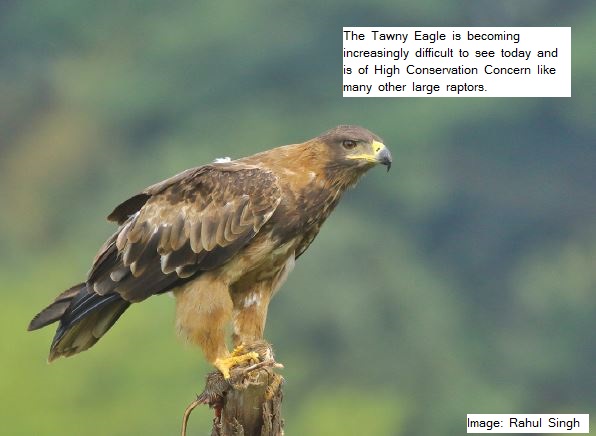 The report said that the number of India’s domestic or house sparrow has decreased in large cities but almost stable overall. House Sparrow is a commonly found birth across the country. It can be seen in small towns, villages also in markets. Its population is currently stable but more attention is required. The report said that there are certain reasons for decreasing numbers of house sparrows such as lack of suitable nesting sites and lack of insect (a key part of sparrow’s diet) population.