The day’s updated quizzes cover topics such as International Rural Women Day and Nobel Prize 2019 among others. 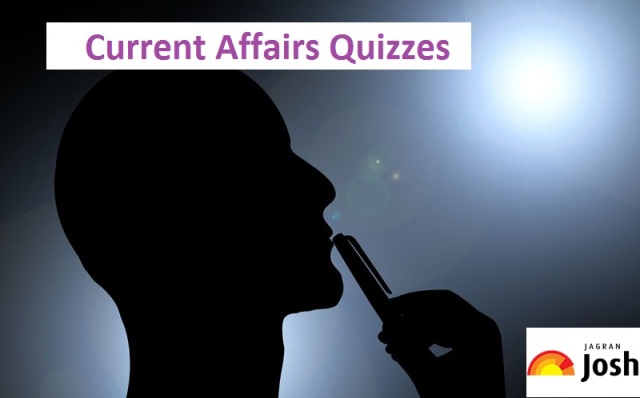 15 October 2019: The Current Affairs Quizzes section of Jagranjosh aims to help every competitive exam aspirant to revise the day at ease. The day’s updated quizzes cover topics such as International Rural Women Day and Nobel Prize 2019 among others.

2. Which rule will decide a winner during a tie match as per the new ICC rule?
a. Super Over
b. Duckworth Luis
c. Knock Out
d. First Run

3. What is the name of Indian Origin economics who recently declared a winner of Nobel Prize 2019 for economics?
a. Vishwajit Chatterjee
b. Abhijit Banerjee
c. SK Burman
d. Anil Joseph Mukharjee

4. Who among the following was recently elected as president of Tunisia?
a. Mohammad Albaruni
b. Altaf Hussain
c. Kais Saied
d. Iftikhar Khan

7. The United States recently imposed sanctions on which country over its incursion into Syria?
a. Iraq
b. Iran
c. Turkey
d. Afghanistan

8. Which Indian Airlines became the first in the world to use Taxibot on an A-320 aircraft with passengers on board?
a. SpiceJet
b. Air India
c. IndiGo
d. Go Air

1. (d) 15 October
This day is observed every day on 15 October with an objective to improve the economic and social condition of rural women. This day also highlights the importance of rural women in the modern-day economy and campaign against climate change.

2. (a) Super Over
As per the ICC’s new rule, if both teams score equal runs then a super over will decide the winner. It was also announced by ICC that super over will continue until one team emerged as a winner.

3. (b) Abhijit Banerjee
Abhijit Banerjee, along with his wife, Esther Duflo and Michael Kramer will be awarded the Nobel Prize for their research on 'Experiments to ending global poverty'. Amartya Sen was given this honour in the year 1998 prior to Abhijit Banerjee.

4. (c) Kais Saied
Kais Saied, a former law professor, won the presidential election in Tunisia by a huge margin. He received about 77% of votes in his favour while opposite candidate Nabil Karoui got 23% of votes. Large-scale rallies and door-to-door campaigns were conducted during his election campaign.

5. (a) 14 October
Every year World Standard Day is observed on October 14. The day is celebrated with the aim of creating awareness among regulators, industry and consumers. It also raises its importance of standardization within the global economy.

7. (c) Turkey
The United States recently imposed new sanctions against Turkey over its invasion into northern Syria. The sanctions call for a ceasefire, increase in steel tariffs and cancellations of the negotiations over a trade deal with Turkey.

8. (b) Air India
Air India became the first airline globally to use a Taxibot on an A-320 aircraft that too with the passengers on board. Taxibot is a robot-accessed aircraft tractor that is used for taxiing the aircraft from parking bay to runway.

9. (a) Sikkim High Court
Justice Arup Kumar Goswami was sworn in as the Chief Justice of Sikkim High Court, succeeding Justice Vijai Kumar Bist. He was administered the oath by Governor Ganga Prasad.

10. (b) Margaret Atwood
Margaret Atwood and Bernardine Evaristo won the 2019 Booker Prize jointly. The Award is awarded every year for the best novel written in English language and published in the United Kingdom.