Abhijit Banerjee Biography: Abhijit Vinayak Banerjee is an Indian-American economist. He currently serves at Massachusetts Institute of Technology as the Ford Foundation International Professor of Economics. 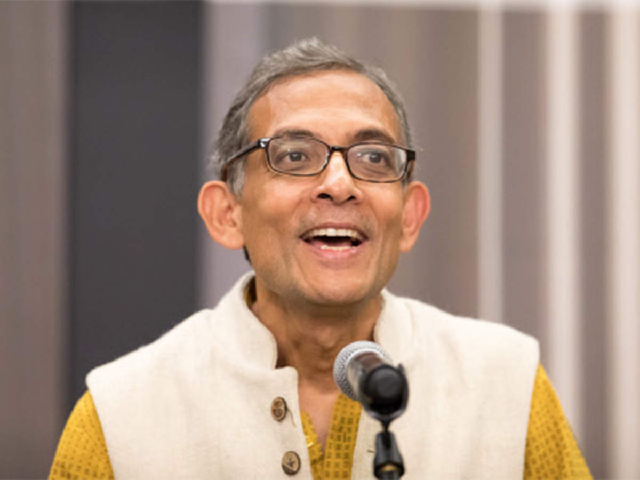 Abhijit Vinayak Banerjee is an Indian-American economist. He currently serves at  Massachusetts Institute of Technology as the Ford Foundation International Professor of Economics. Banerjee along with his wife Esther Duflo and Michael Kremer won the Nobel Memorial Prize in Economic Sciences in 2019. Banerjee and Duflo are the sixth married couple who shared the Noble Prize.

In 2003, Abhijit Banerjee along with economists Esther Duflo and Sendhil Mullainathan co-founded the Abdul Latif Jameel Poverty Action Lab (J-PAL). Banerjee is the former president of the Bureau for Research and Economic Analysis of Development. Abhijit Banerjee is also a Research Associate of the NBER, a research fellow of the CEPR, International Research Fellow of the Kiel Institute and a fellow of the American Academy of Arts and Sciences and the Econometric Society.

Abhijit Banerjee currently serves at the Massachusetts Institute of Technology as the Ford Foundation International Professor of Economics. Banerjee has also rendered his services at Harvard University and Princeton University.

Abhijit Banerjee along with his wife Esther Duflo worked on development economics. In 2004, Banerjee was elected as a fellow of the American Academy of Arts and Sciences. In 2009, Banerjee was awarded the Infosys Prize in the category of social science (economics). He is also the recipient of the inaugural Infosys Prize in the social sciences category of economics. In 2012, Banerjee and his co-author shared the  Gerald Loeb Award Honorable Mention for their Business Book 'Poor Economics'.

In 2013, UN Secretary-General Ban Ki-Moon named Abhijit Banerjee to a panel of experts who were tasked to update the Millennium Development Goals after their expiry in 2015.

In 2019, Abhijit Banerjee shared Nobel Prize with his wife Ester Duflo and Michael Kremer 'for their experimental approach to alleviating global poverty'.

1- Volatility And Growth (2005) by Philippe Aghion and Abhijit Banerjee.

4-  Radical Rethinking of the Way to Fight Global Poverty (2011) by Abhijit Banerjee and Esther Duflo.

7- A Short History of Poverty Measurements (2019) by Abhijit Banerjee.