Arvind Kejriwal Biography: Arvind Kejriwal, the 7th Chief Minister of Delhi is an Indian politician and an activist who became famous after the Jan Lokpal Bill with activist Anna Hazare. 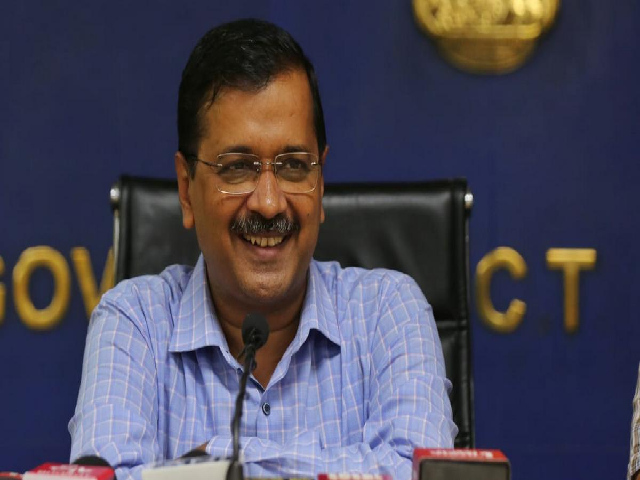 Arvind Kejriwal, the 7th Chief Minister of Delhi is an Indian politician and an activist. Arvind Kejriwal became famous after the Jan Lokpal Bill with activist Anna Hazare. Before joining politics, Arvind Kejriwal worked at Tata Steel and has also rendered his service as a Joint Joint Commissioner of Income Tax Department in New Delhi.

Arvind Kejriwal was born on August 16, 1968, in an upper-middle-class family in Siwani, Haryana to Gobind Ram Kejriwal and Gita Devi. Kejriwal's father was an electrical engineer, an alumnus of Birla Institute of Technology, Mesra.

Arvind Kejriwal received his education at the Campus School at Hisar and Holy Child School at Sonipat. In 1985, Kejriwal cracked IIT-JEE exam and scored All India Rank (AIR) of 563. He graduated from IIT Kharagpur in Mechanical Engineering. In 1989, Kejriwal joined Tata Steel in Jamshedpur, but in 1992, he resigned from the job citing to prepare for the Civil Services Examination.

Kejriwal met mother Teresa in Kolkata and voluntarily participated with the Missionaries of Charity and Ramakrishna Mission in North-East India and at Nehru Yuva Kendra.

In 1995, Arvind Kejriwal joined the Indian Revenue Service (IRS) after clearing the Civil Services Examination. He served as an Assistant Commissioner of Income Tax Department. In 2000, Kejriwal requested for two years paid leave to pursue higher education. He was granted the leave with a condition that upon resuming the office he will not resign from the service for a minimum period of three years and if he fails, he will repay the salary given during this period.

In 2002, Kejriwal joined the office and was not posted for a year. However, he received a salary during this period. Therefore, Kejriwal applied for 18 months leave without pay which was granted to him.

In 2006, Arvind Kejriwal resigned from the post of Joint Commissioner of Income Tax in New Delhi. However, the  Government of India claimed that he violated the agreement made in the year 2000 for not working for three years. In 2011, Kejriwal paid the  Government ₹ 927,787 as dues with the help of his friends.

Arvind Kejriwal: Career as an activist

In 1999, Arvind Kejriwal started a movement named 'Parivartan' with Manish Sisodia (Deputy CM of Delhi) in the Sundar Nagar area of Delhi. The movement addressed the grievances of general public related to  Public Distribution System (PDS), public works, social welfare schemes, income tax and electricity. It ran on donations given by individuals. In 2005, Arvind Kejriwal along with Manish Sisodia launched 'Kabir'-- a registered NGO, which focused on RTI and participatory governance. Unlike Parivartan, 'Kabir' accepted institutional donations and is majorly run by Manish Sisodia.

In 2000, a PIL (Public Interest Litigation) was filed by 'Parivartan' demanding transparency in IT Department (public dealings). In 2001, the Delhi government enacted the RTI Act in the state allowing citizens to get information from the government by paying a small amount of money.

In 2002, 'Parivartan' obtained reports from the government on 68 public work projects via RTI and exposed misappropriations worth ₹ 7 million in 64 of the projects. In 2003, Privartan exposed PDS scam where ration shop dealers were siphoning off subsidised foodgrains in collusion with civic officials.

In 2004, 'Parivartan' obtained reports on the privatisation of water supply via RTI and questioned the huge expenditure on the project by the government. Later, the project was stalled as Arvind Kejriwal and other activists argued that it would hike water tariffs ten-fold which will cut off the water supply to the poorer sections of the society.

Parivartan also led a judgement from the court that private schools which are built on the public land availed at discounted prices must admit more than 700 poor kids for free.

Arvind Kejriwal along with other social activists-- Anna Hazare, Shekhar Singh, etc. campaigned for a nation-wide RTI Act which came into force in 2005. In 2006, Arvind Kejriwal was awarded Ramon Magsaysay Award for Emergent Leadership (for Parivartan).

In 2006, Arvind Kejriwal along with  Manish Sisodia and Abhinandan Sekhri founded the Public Cause Research Foundation and donated the prize money of Ramon Magsaysay Award as a seed fund. Prashant Bhushan and Kiran Bedi were the trustees of the newly formed foundation.

In 2010, Arvind Kejriwal protested against the corruption in the Commonwealth Games and argued that the CVC does not have any powers to take action against the guilty, while on the other hand, CBI was incapable of an unbiased investigation against the ministers who controlled it. Kejriwal advocated the appointment of Lokpal at the Centre and Lokayuktas in states.

In 2011, Arvind Kejriwal along with Anna Hazare and Kiran Bedi formed the India Against Corruption Group (IAC) demanding the enactment of the Jan Lokpal Bill. Later on, the campaign evolved as the 2011 Indian anti-corruption movement. Responding to the campaign, the Lokpal Bill was drafted by the National Advisory Council. The Bill do not have the powers to take action against the PM and other ministers involved in corruption and was criticized by the Kejriwal and other activists.

The activists criticised the selection procedure of the Lokpal, transparency clauses, etc. Amidst this,  a committee to draft Lokpal Bill was constituted by the government where Arvind Kejriwal was one of the civil society representatives. Arvind Kejriwal alleged that the elected representatives of the committee ignore the recommendations made by the Activists and act like dictators.

Later, Anna Hazare announced his hunger strike and Arvind Kejriwal and other activists were arrested for defying the written undertaking. The activists were released and Kejriwal attacked the government over the detention and release by the police at their will. In 2011, the Government and the activists agreed on a settlement.