7 major natural disasters in the history of India

India has witnessed many natural disasters be it in form of Odisha Super Cyclone (1999) or Gujarat Earthquake (2001) or even the Indian Ocean Tsunami (2004). In the article below, we have compiled the list of 7 most horrible natural calamities in the history of India.

A natural disaster is a natural event that causes great damage to the property or loss of human life. Natural disasters have had their sad history in India as well as other places around the world. Now with the extended climate change and rising temperatures, the Earth is more prone to them occurring. As it is we have seen many disasters in the previous year. In the article below, take a look at the top deadly natural disasters in the history of India.

Cause: Continuous rainfall and swelling of Jhelum River

This flood caused a huge loss to the lives of the Kashmir region in September 2014. The water of the Jhelum river swelled due to continuous torrential rainfall.

That is why water entered into the residential areas of the Kashmir region. Indian army helped a lot to the stranded residents of this region. Around 550 people lost their lives and damage of properties was estimated between Rs. 5000 cr and 6000 cr.

Affected Areas: It affected 12 out of 13 districts of the state. Four districts were worst affected namely; Rudraprayag, Uttarkashi, Pithoragarh, and Chamoli. 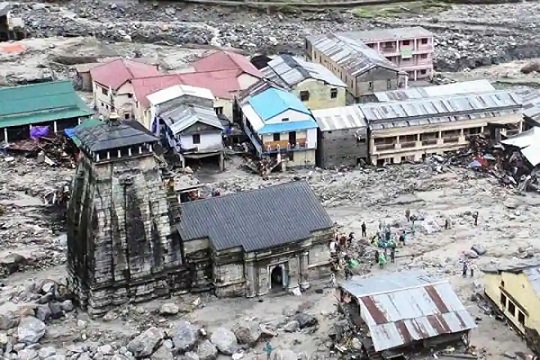 Uttarakhand Flash Flood is among the most disastrous floods in the history of India. Uttarakhand received heavy rainfall, massive Landslides in June 2013.

The flash floods and landslides continued from 14 to 17 June. Around 1 lac pilgrims were trapped in the Kedarnath shrine.

Number of deaths: Aboud 1,287 peoples and thousands of livestock lost their life

Cause: Five times more rainfall than the monthly average of 30 years 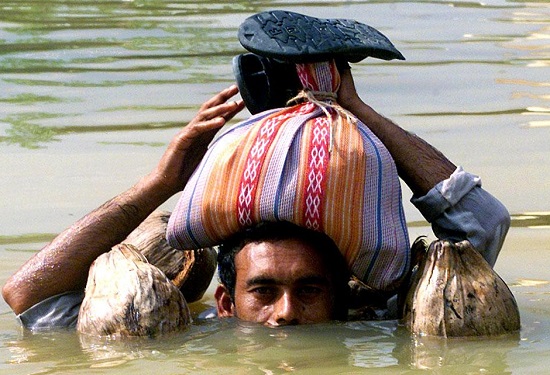 Bihar flood disaster 2007 was described as the worst flood in the "living memory" of Bihar by the United Nations. It affected 19 districts of Bihar.

Bihar flood had affected an estimated 10 million people in the entire state. There are about 29,000 houses were destroyed and 44,000 houses were damaged, around 4822 villages and 1 crore hectares of farmland damaged by this flood.

This deadly Tsunami started on the west coast of Sumatra, Indonesia. Overall it affected around 12 countries and killed more than 2.3 lakh people.

The magnitude of this tsunami was between 9.1 and 9.3 and it continued around 10 minutes. As per research it was the third-largest earthquake in the world ever recorded.

This was the day of India’s 51st Republic Day celebration on January 26, 2001. Suddenly, Bhachau Taluka of Kutch (Gujarat) experienced an earthquake of 7.6 to 7.9 on the Richter Scale and lasted for 120 seconds.

Super Cyclone of 1999 was the most dangerous tropical cyclone in the North Indian Ocean. Its speed was 260 km/h. It affected not only India but also Bangladesh, Myanmar, and Thailand.

As per the estimation around 15000 people died, around 1.67 million people became homeless, and more than 2.75 lac houses were destroyed.

Number of deaths: Around 1 crore 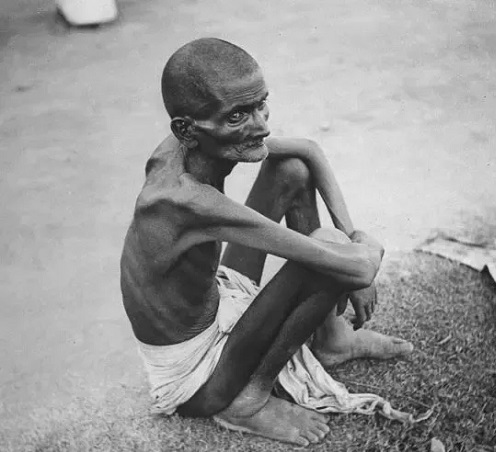 Nobel laureate Indian economist Amartya Sen describes this famine as a man-made disaster. It was caused due to a combination of exploitative policies of the British East India Company and weather.

This famine was started in 1769 from a failed monsoon which continued for two consecutive seasons till 1773. During the full span of this famine around 10 million died due to hunger.