What are Generic Medicines and why are they affordable

According to the World Health Organization, if doctor started prescribing generic medicines, then health expenditure can be reduced by 70% in developed countries and developing countries. Generic drugs consumption is only 10-12 percent of the total drug market. Greedy attitude of the drug manufacturer companies, medical stores and doctors don't want to spread the market of generic drugs. In today’s world almost all type of generic drugs are available at the price lower than the branded medicines. 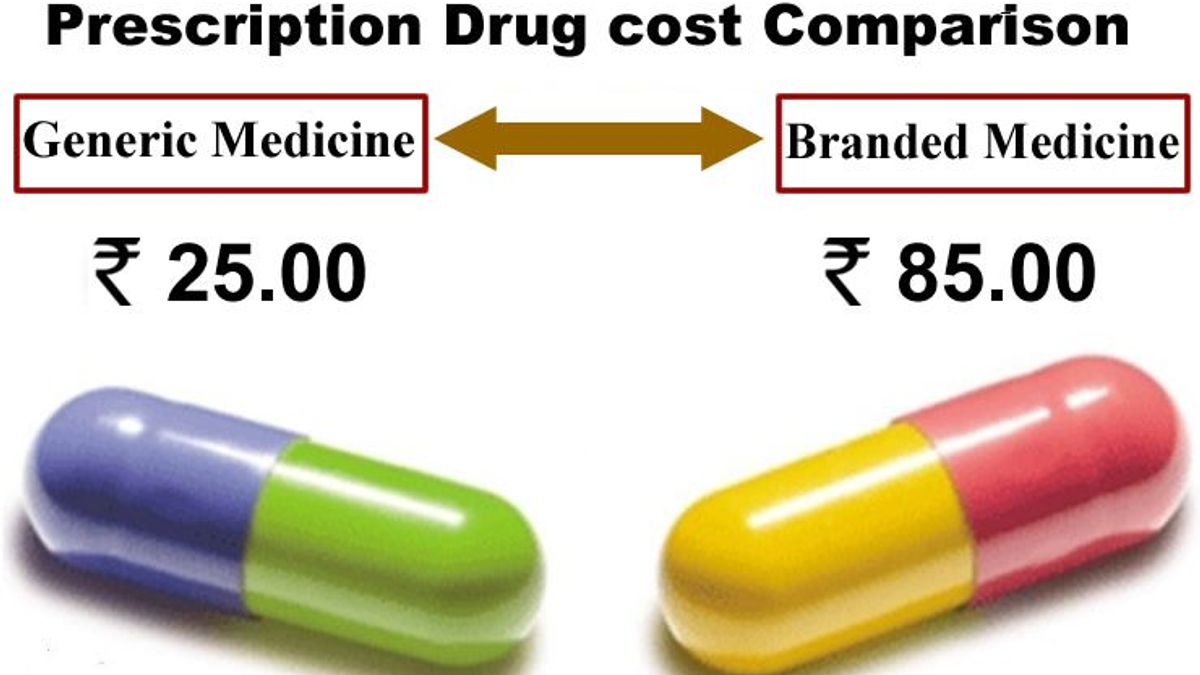 Image source:www.squawkfox.com
For the treatment of any one disease, a chemical (salt) is prepared after all kinds of research and study; later on the name of the medicine given. Every company sells this salt by different names. Some sells it at higher price and some at lower.
The generic name of this salt is determined by a special committee keeping in mind the composition of the salt. The name of the generic drug would be the only one in the whole world, such as tablet of “Paracetamol” which is used in fever; every company gives different names, but if it is generic, then every country must name it 'Paracetamol' only.
Why Generic Drugs Are Affordable-
The price of branded drugs is determined by the companies itself while the price of generic drugs can’t be decided arbitrarily because government intervene in the pricing of these drugs. There is 5 to 10 times price different is found between the generic and branded drugs.

Salt:Concept, properties and uses
Why Generic drugs are so cheap:
1. Generic drugs are so cheap because companies that make them do not have to make a separate laboratory for research and development.
2. There is huge competition among generic drug manufacturers due to which prices get reduced.
3. Generic drug manufacturer don’t waste money in the advertisement that is why their cost of production is low.
4. Generic drugs are made and distributed without any patent. Generic medicine can be patented, but its material can not be patented which is another reason for lower price.
A branded medicine for blood cancer cost around Rs. 1,14,400 per month while generic medicine of this disease is available in Rs.11,400 for a month. In the same way, Cholesterol controlling branded drug 'Atorvastatin' of 10 mg cost around 2300 rupees a year while its generic medicine comes in just about Rs 365 for a year.

If doctors write generic medicine for patients then the medical store owner pretends not to has that particular medicine. The basic reason behind this denial is that medical owners don’t get much margin on sale of generic drugs that is why they don’t have generic medicine. In such conditions patients have to purchase costly branded medicines only.

Many times the doctors who write the medicine and the medicines that the patient receives from the medical don’t have required amount of salt composition. In such conditions government must make it mandatory for all the drug manufacturers to produce only those generic medicines which are useful for the customers.