Business Quiz of the Week – December 07 to December 13

A quiz based on the latest developments in the business world for the 7th Dec. to 13th Dec 2015 week. Read and know how well updated you are.

A business quiz based on the latest developments in the business world for the 7th Dec. to 13th Dec 2015 week. This Quiz is helpful for various management competitive exams like IIFT, SNAP, XAT, CMAT etc. Read and know how well updated you are.

2. Which two American companies will be merged in an all-stock merger of equals this week?

a) DuPont and Dow Chemical Company

b) ABN Amro and Accenture

4. Which of the following banks were adjudged as Bank of the Year – India at the Banker Awards 2015 in London??

5. Name the company which own the newly announced Pune IPL team?

7. Which Indian-American entrepreneur will be awarded the Uttar Pradesh Ratna Award at the inaugural UP Pravasi Diwas in Agra?

8. Who was appointed as the Corporate President of Ola to lead its new initiatives this week?

9. Who was appointed as the President and Managing Director of General Motors India? 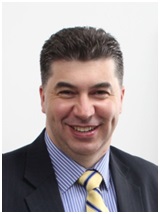