Students of Class 7 can check NCERT solutions for English Subject Honeycomb Textbook -Chapter 4: The Ashes That Made Trees Bloom 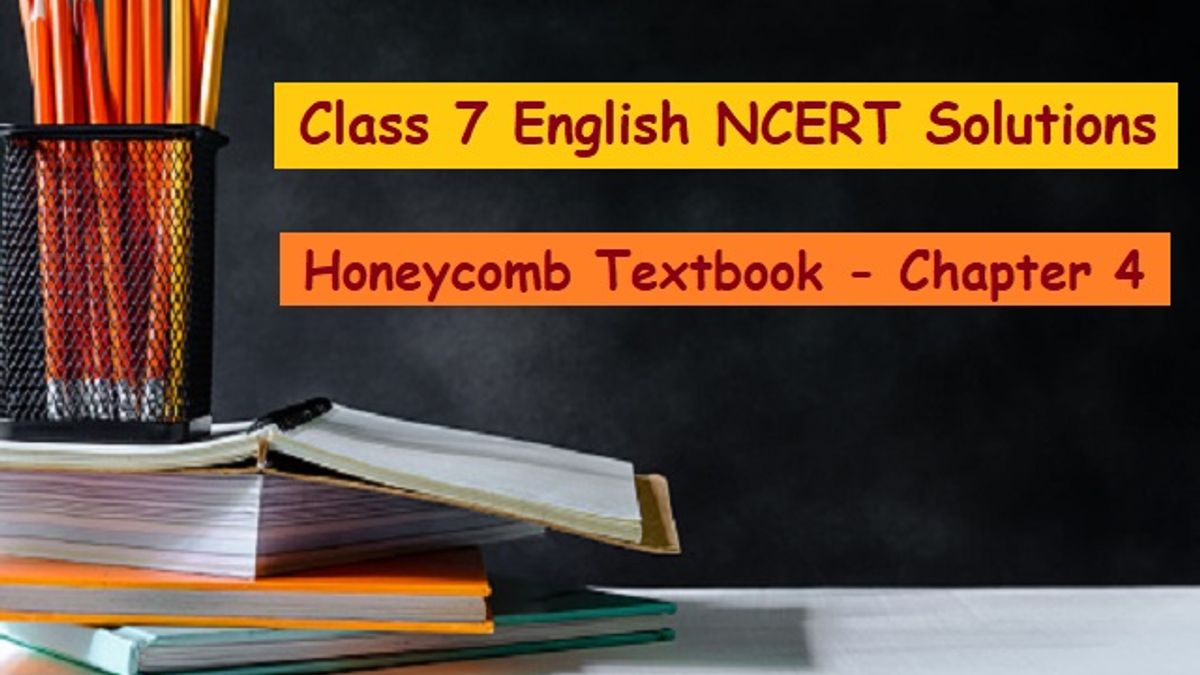 Check Class 7 NCERT Solutions for English Subject. In this article, we have provided NCERT Solutions for Chapter 4 from the English Honeycomb Textbook. Chapter 4 is a story about an honest and hardworking old couple and their pet dog. The neighbours are troublesome, and the dog dies a sad death. The spirit of the dog gives solace and support to his master in unexpected ways. The NCERT solutions of this chapter have been provided after a detailed analysis of the latest syllabus issued by CBSE. Students of Class 7th can study the answers provided here to score well in their school exams.

Ques: Why did the neighbours kill the dog?

Answer: The neighbors killed the dog in anger. They have expected the dog to help them get a treasure, but the dog had rather taken them to a foul-smelling dead kitten.

1. The old farmer and his wife loved the dog

(a) because it helped them in their day-to-day work.

(c) as they were kind to all living beings.

2. When the old couple became rich, they

(a) gave the dog better food.

(b) invited their greedy neighbours to a feast.

(c) lived comfortably and were generous towards their poor neighbours.

3. The greedy couple borrowed the mill and the mortar to make

(a) rice pastry and bean sauce.

(b) magic ash to win rewards.

2. (c) lived comfortably and were generous towards their poor neighbours.

Ques: The old farmer is a kind person. What evidence of his kindness do you find in the first two paragraphs?

Answer: In the first paragraph it is written that the old farmer treated the dog like his own child. He will feed the dog small pieces of fish with their own chopsticks and offer boiled rice to him as much as he wanted. The second paragraph says that to provide food to the birds, the old farmer will often turn up the surface of the ground.

Both these instances proved that the old man was a kind person.

Ques: What did the dog do to lead the farmer to the hidden gold?

Answer: The dog came running towards the farmer. It kept his paws against his legs and with its head it kept on directing towards a spot behind him.

The old man initially ignored the dog, but it kept on whining and running to and from until the farmer followed it to the spot.

Ques: 1. How did the spirit of the dog help the farmer first?

Answer: 1. The spirit of the dog came in the farmer’s dream and first asked him to chop the pine tree and make mortar and hand-mill out of it. With the mortar and mill, it gave the farmer heaps of gold.

2. The dog’s spirit again came in the farmer’s dream for the second time and told the farmer to collect the ash of the mortar and the mill and sprinkle it on the withered trees and they will blossom.

The farmer did this in front of the daimio (the landlord) and was awarded lavish gifts.

Ques: Why did the daimio reward the farmer, but punish his neighbour for the same act?

Answer: The farmer had sprinkled the ash over the withered cherry tree and it blossomed. Daimio was pleased seeing the miracle and he rewarded the farmer. His neighbour poured the ash over the cherry tree, but nothing happened to the tree.
Fine particles from the ash entered the eyes of the daimio and his wife. They began to sneeze and cough.
This spoiled the splendour of the procession and so the neighbour was punished by man of the landlord.