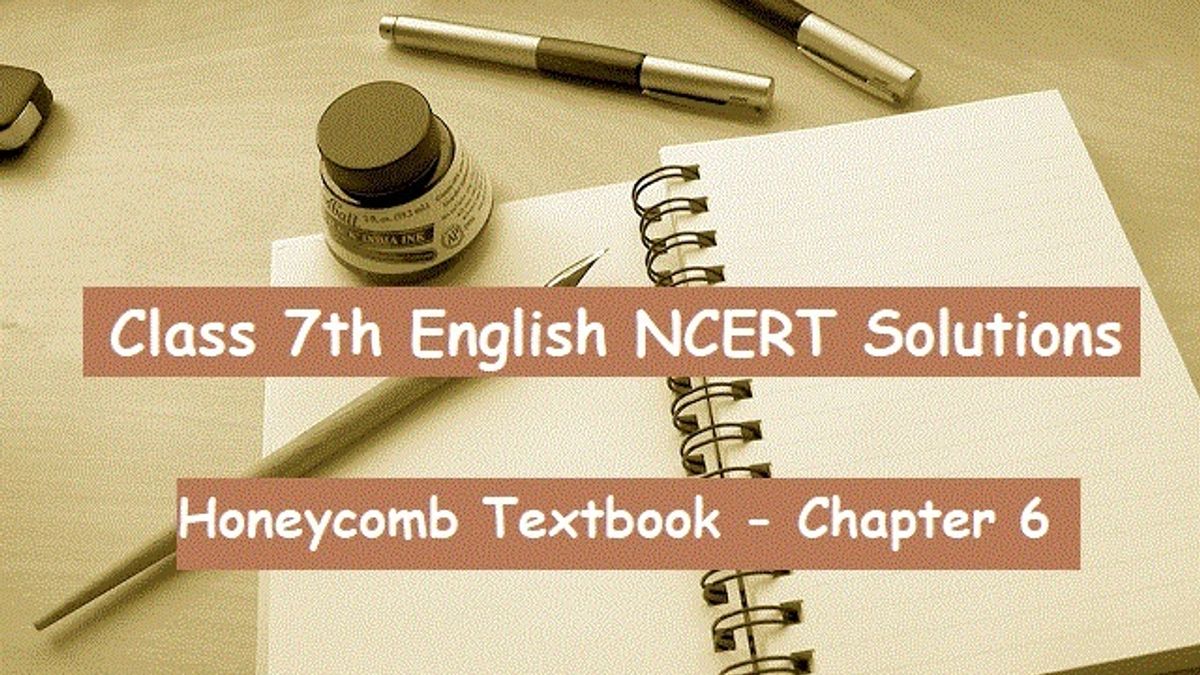 Check Class 7 NCERT Solutions for English Subject. In this article, we have provided NCERT Solutions for Chapter 6 from the English Honeycomb Textbook. Nishad, a boy of seven (also called Seven because his name means the seventh note on the musical scale) and his ten-year-old sister Maya are very curious about one Mr. Nath. Then one day the children’s marble rolls in Mr. Nath’s room and Nishad gets a chance to see him. Is he a crook on the run? Why is his face badly scarred? Why has he no friends? The NCERT solutions of this chapter have been provided after a detailed analysis of the latest syllabus issued by CBSE. Students of Class 7th can study the answers provided here to score well in their school exams.

Ques: What did Nishad gave Mr. Nath? Why?

Answer: Nishad gave Mr. Nath a bar of chocolate because he concluded from Mr. Nath’s lean thin appearance that he was starving.

Ques: What is ‘strange’ about Mr. Nath’s Sundays?

Answer: Every Sunday Mr. Nath used to have the same visitor at this home and the two used to have lunch together.

Ques: Why did Nishad and Maya get a holiday?

Answer: It was raining heavily and the streets were flooded with the downpour. The traffic was blocked and the children got a holiday because of all this.

Ques: What does Nishad find out about Mr. Nath from Ramesh?

Arrange the information as suggested below.

Ques: Why does Maya think Mr. Nath is a crook? Who does she say the Sunday visitor is?

Answer: Maya thinks that Mr. Nath is a crook because he doesn’t talk to anyone and has no friends. She believes that his scars are a result of a shoot-out with police.

He doesn’t work anywhere and sits at home all day and there are no visitors at his place except the Sunday morning guest.

He is not bothered about his meals and pays the money in cash. She thinks that the Sunday visitor is his partner in the crime. He keeps the money from the loot and comes to give Mr. Nath his share.

Ques: Does Nishad agree with Maya about Mr. Nath? How does he feel about him?

Answer: No, Nishad doesn’t agree with Maya about Mr. Nath. He feels bad for Mr. Nath because he thinks that he is a poor and lonely man.

He also feels that he is a generous man because he gives tips to Ramesh regularly. He is determined to find why he is so thin and lonely.