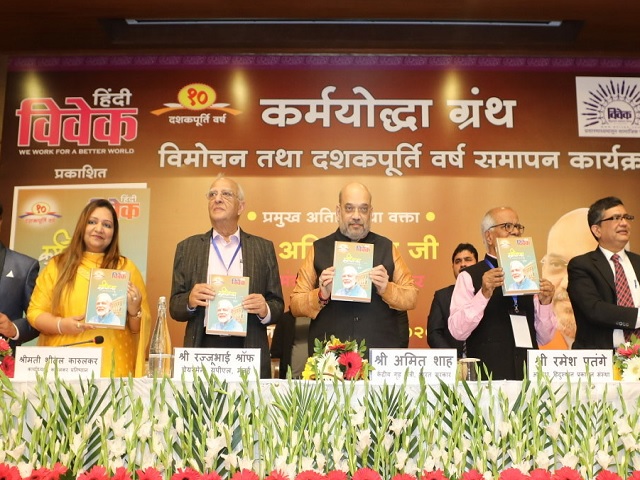 Union Home Minister Amit Shah released the book 'Karmyodha Granth', written on the life of Prime Minister Narendra Modi, on January 07, 2020. He said that Narendra Modi is a sensitive man, a strict administrator and a fearless commander and has always worked on the mantra of 'Raja Prathamo Sevak'.

According to the publisher’s website, they want to make readers aware of India’s progress under the leadership of PM Narendra Modi.

About ‘Karmayoddha Granth’
•         The book explains various works by PM Narendra Modi during his tenure. As per the book, Narendra Modi gave the states 10% of more budget which reflects the fulfillment of Antyodaya resolution of Pandit Deendayal.
•         The book informs that Health facilities are being provided to the people under Ayushman Yojana which was a dream project of Narendra Modi.
•         Narendra Modi has strengthened the security policy of the country and gave a strong message to the world by performing surgical and airstrikes after the Uri and Pulwama attacks.

Amit Shah on Book Launch
Home Minister Amit Shah said that PM Modi has done remarkable work in foreign policy and has treated all nations with equality. He said that PM Modi worked to awaken the Indian diaspora and established a connection of the people of Indian origin with the development of India. Amit Shah said that Mandate is the proof of successful governance in the democratic system and Modi is getting democratic mandate again and again, which is a proof of his public acceptance.