Post the result declaration, Chief Minister Raman Singh of BJP resigned from his post after serving the state for 15 years. He took the responsibility for BJP’s poor performance in Chhattisgarh and refused to pass the blame on the BJP’s national leadership over the setback after 15 years of the party’s rule in the state.

The Bharatiya Janata Party (BJP) trailed behind with 15 seats, followed by Janta Congress Chhattisgarh (J) with 5 seats and Bahujan Samaj Party (BSP) with 2 seats. Counting of votes for the 90-member Assembly began on December 11, 2018. 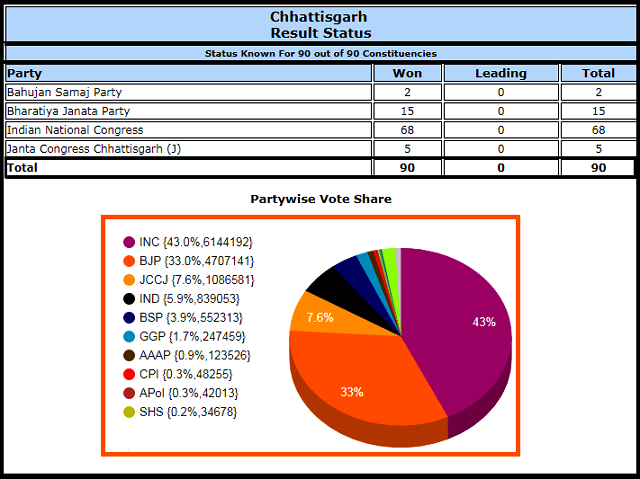 Congress yet to decide on chief ministerial candidate

The Congress will hold its legislature party meeting on December 12, 2018 to decide on the Chief Minister candidate for Chhattisgarh.