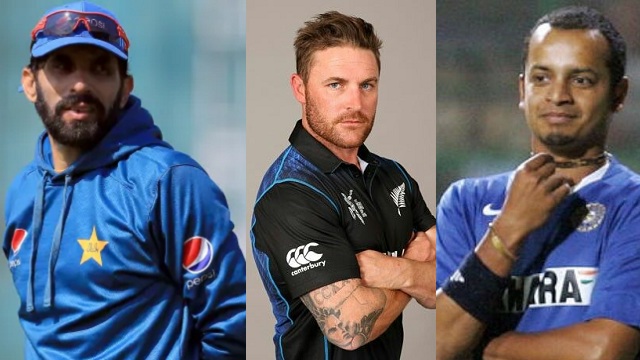 The ICC World Cup 2019 has got underway and the West Indies lead the points table after they bowled out Pakistan for 105, their second lowest total ever in all the 12 editions of the Cricket World Cups. The West Indies team chased down the target of 106 runs in just 13.4 overs. Hosts England are placed second in the points table after they thrashed South Africa in the tournament opener by 104 runs. The match 3 of the cricket world cup-New Zealand vs Sri Lanka- will go live today at 3 pm from the Sophia Gardens, Cardiff.

While the world cup is still in its early stages, predictions have started flowing in on which teams will make up the final four semifinalists.

Lets have a look at all the Cricket World Cup predictions:

Former Pakistani skipper Misbah-ul-Haq, who had lead Pakistan into the quarter-finals of the 2015 World Cup, has predicted the four semi-finalists of Cricket World Cup 2019. Following are his predictions:

Prediction for surprising performance by a team: Pakistan and West Indies.

Misbah also predicted that the record of the highest team total will be bettered in this edition.

New Zealand’s Brendon McCullum has predicted England and India as the top sides at the end of the group stage.

Match outcome predictions: England will lose to Australia and beat all other teams, India, on the other hand, will only lose to England. For his home team, McCullum has predicted New Zealand to win 5 matches and lose 4 against England, India, Pakistan and Australia. 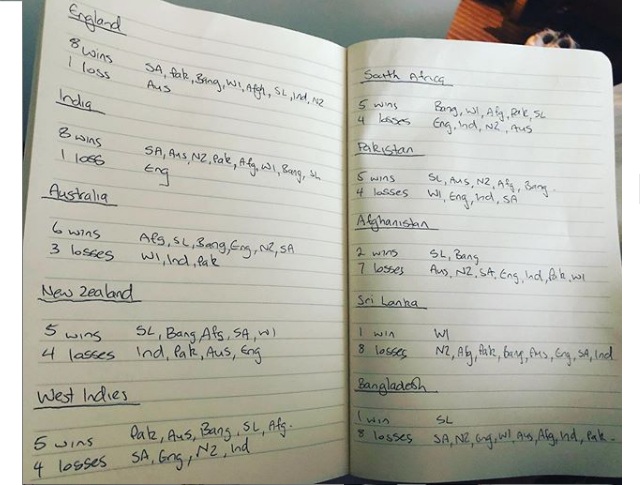 India vs Pakistan prediction: As per McCullum’s predictions, India will beat Pakistan, as it has till now in major ICC events.

Semi-finalist predictions: The third semifinalist according to McCullum would be Australia and he predicts a four-way tie for the fourth position between the Windies, Pakistan, South Africa and New Zealand and says that rain could play a part in deciding the fourth team.

According to former West Indian cricketer Daren Ganga, teams with best bowling combination will make up the top teams.