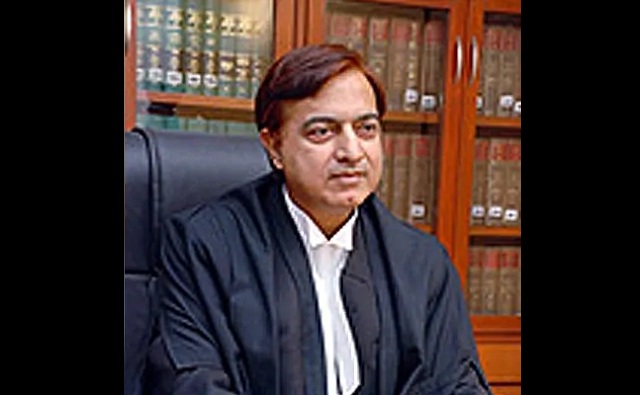 Sunil Gaur, the former Delhi HC Judge who had rejected Chidambaram’s anticipatory bail in the INX Media case, has been appointed as the Chairperson of the PMLA Appellate Tribunal.

Sunil Gaur had dismissed former finance minister Chidambaram’s bail plea calling him the “kingpin or key conspirator” in the INX Media corruption case. Gaur had also stated that the INX Media case was a classic case of money laundering. Gaur had made the ruling 48 hours before his retirement.

It was Sunil Gaur’s ruling declining protection to Chidambaram from arrest by the CBI, which eventually paved way for the high drama arrest of the former Union Minister. Before that, he had also denied anticipatory bail to Ratul Puri.

Justice Sunil Gaur had also passed an order clearing the deck for the prosecution of top Congress leaders, including Rahul Gandhi and Sonia Gandhi in the National Herald case, before his retirement.

The Appellate Tribunal for Forfeited Property (ATFP) was established in 1977. It is one of the oldest and earliest tribunals of India. The ATFP is located in Loknayak Bhawan, New Delhi.

The PMLA or the Prevention of Money Laundering Act, 2002 has been put in place to fight money laundering.

The PMLA 2002 and its rules came into force on July 1, 2005. The act defines money laundering offence and provides for the freezing, confiscation and seizure of the proceeds of crime.

Under the act and its rules, whoever directly or indirectly tries to indulge or knowingly assist or be a party in any process or activity connected with the proceeds of crime and projecting it as untainted property shall be guilty of money laundering offence.