The Republican-majority Senate voted to acquit Trump in both the impeachment charges. 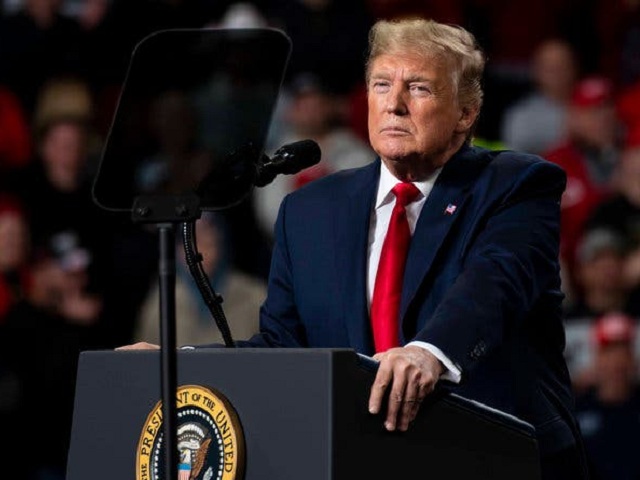 US President Donald Trump was acquitted of the two impeachment charges of abuse of power and obstruction of Congress in the Republican-majority Senate on February 5, 2020. This culminates the historic impeachment trial.

The Republican-majority Senate voted to acquit Trump in both the impeachment charges- by 52-48 to acquit him of abuse of power and by 53-47 to acquit him of obstruction of Congress. The Democrats needed two-thirds of votes to impeach Trump in the Senate but they failed in their attempt as they did not have the required majority.

The ruling Republican party has 53 seats in the 100-member Senate, while the Democrats have 47 seats. The opposition will now have to wait for nine months to challenge Donald Trump, as US Elections 2020 are due in November.

• Under abuse of power charge, Trump was charged with withholding military aid and pressuring Ukraine to investigate Joe Biden and his son, Hunter Biden, who served on the board of a Ukrainian energy company Burisma while his father was the US vice president.

• All republicans voted on party lines to acquit Trump of the first charge of abuse of power except Republican Senator Mitt Romney who crossed party lines to support the Democrats. Romney was the Republican Party’s presidential nominee in 2012.

• Under obstruction of Congress charge, Trump was accused of blocking witnesses and documents sought by the House. All republicans including Romney voted on party lines to acquit Trump of this charge, while all Democrats voted against him.

• US Chief Justice John Roberts had presided over the impeachment trial and the senators had voted at their desks one by one on each of the two charges.

The Democrat-led House of Representatives had voted along party lines on two articles of impeachment on December 18, 2020 to initiate the impeachment process. With the Senate acquitting Trump of both the charges, Donald Trump will remain in office. He will face the democrat challenge again during US Elections 2020 when he will be seeking a second term.

Donald Trump is the third US President to face the impeachment trial and survive in the history of US Politics. Apart from Trump, two other US Presidents were impeached by the US House of Representatives - Andrew Johnson in 1868 and Bill Clinton in 1998. However, all the three Presidents were acquitted by the Senate and thus not removed from the office.

Under the US Constitution, Congress has the authority to remove the US President in two separate proceedings, first in the House of Representatives that impeaches the President through a simple majority vote and second is the impeachment trial, which takes place in the Senate. A two-third majority is required to proceed with the impeachment process in each of the houses and only after that, the President can be removed from the office. The US Constitution also limits a president to two elected four-year terms in office.