Gagandeep Kang is the first Indian woman scientist getting selected as Fellow of Royal Society (FRS) in 358 years of history of this prestigious scientific academy. 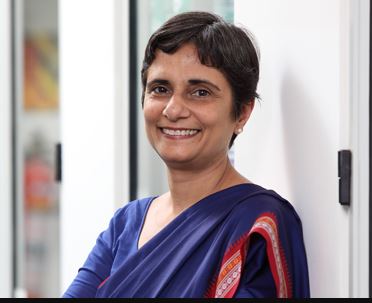 She is known for her interdisciplinary research, development and prevention of enteric infections in children in India. In her achievements, Kang has built national rotavirus and typhoid surveillance networks, established laboratories to support vaccine trials and conducted phase 1-3 clinical trials of vaccines.  Among the 2019 announcements apart from Dr Gagandeep Kang, Mumbai-born Padma Bhushan awardee Dr Yusuf Hamied has also elected as Honorary Fellow.

Fellows of the Royal Society -2019

Bardrick Professor of Microbial Physiology and Chemistry, Institute of Microbiology and Infection, School of Biosciences, University of Birmingham

Professor of Mathematics, Department of Pure Mathematics and Mathematical Statistics, University of Cambridge

Professor and Banbury Chair in Medical Research, University of Toronto

Professor of Atmospheric Chemistry, Department of Chemistry, University of York

Professor of Molecular Evolutionary Biology, Institute for Cell and Molecular Biosciences, University of Newcastle upon Tyne

Provost Professor of Neurology and Director of Convergent Bioscence, University of Southern California

It’s origin lie in a 1660 ‘invisible college’ of natural philosophers and physicians. Today they have UK’s national science academy and a Fellowship of some 1,600 of the world’s most eminent scientists. The Royal Society's motto 'Nullius in verba' is taken to mean 'take nobody's word for it.' Isaac Newton (1672), Charles Darwin (1839), Michael Faraday (1824), Ernest Rutherford (1903), Albert Einstein (1921), Dorothy Hodgkin (1947), Alan Turing (1951) and Francis Crick (1959), Srinivasa Ramanujan (1918) and Subrahmanyan Chandrasekhar (1944) were some eminent scientists awarded by FRS.

Story 2: Christina Koch to set record for longest spaceflight by a woman

National Aeronautics and Space Administration (NASA) announced that astronaut Christina Koch is going to have her mission on the International Space Station (ISS) extended to 328 days. She would set a record for the longest single spaceflight by a woman.

Michigan resident and forty years old Christina Koch is already on ISS; she reached there on March 14, 2019. She will remain in space until February 2020 that will complete her 328 days stay in ISS. As per the records, If Koch completes her 328 days on ISS; she will break the record for the single longest spaceflight by a woman of 288 days set by retired astronaut Peggy Whitson in 2016-17. 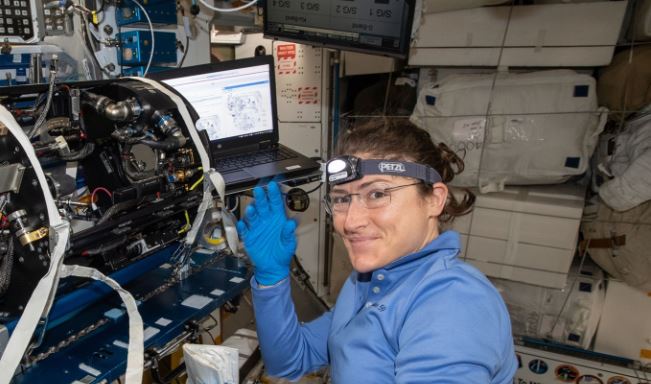 The National Aeronautics and Space Administration (NASA) is an independent agency of the United States responsible for the civilian space program, as well as aeronautics and aerospace research. NASA was established in 1958, succeeding the National Advisory Committee for Aeronautics (NACA). The new agency was to have a distinctly civilian orientation, encouraging peaceful applications in space science. Since its establishment, most US space exploration efforts have been led by NASA, including the Apollo Moon landing missions, the Skylab space station, and later the Space Shuttle. NASA is supporting the International Space Station and is overseeing the development of the Orion Multi-Purpose Crew Vehicle, the Space Launch System and Commercial Crew vehicles. The agency is also responsible for the Launch Services Program which provides oversight of launch operations and countdown management for unmanned NASA launches.