Nirbhaya fund to be used to set up women help desks and anti-human trafficking units for the safety and security of women in India. 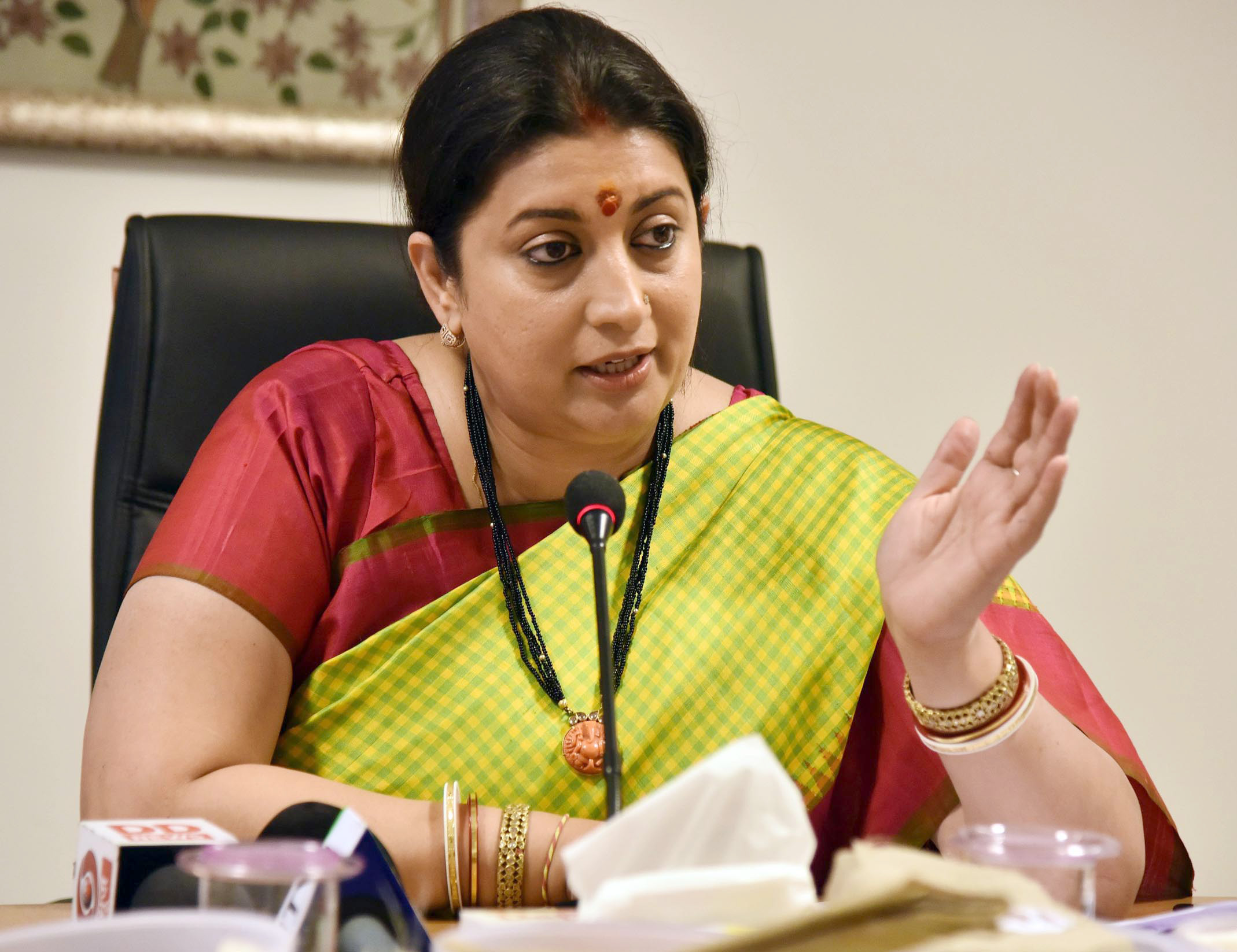 Government will be setting up women help desks in all police stations and anti-human trafficking units in all districts across India using the NIRBHAYA Fund.

The announcement was made by Union Women and Child Development Minister Smriti Irani. Irani said that the initiative is an example of interdepartmental cooperation leading to effective governance.

This is the first-ever initiative to be implemented using NIRBHAYA Fund. The move aims at addressing the safety issues of women and children.

Smriti Irani announced that women help desks will be set up in police stations across the country. The anti-human trafficking units will also be established in all districts using the Fund. 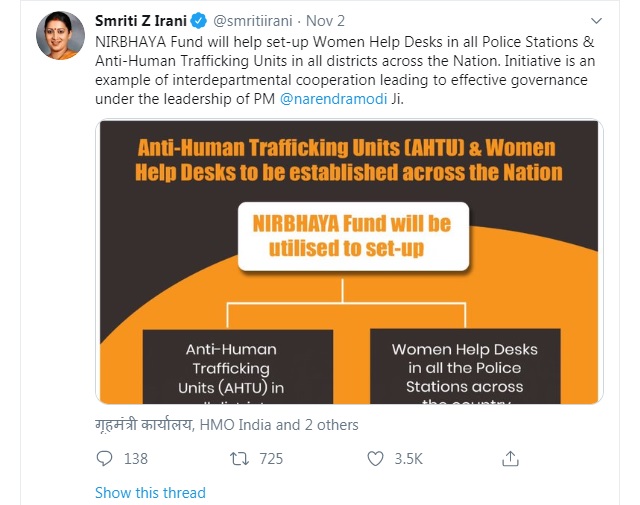 The women help desks, would be gender-sensitive desks that will be aimed at grievance redressal of women through the policing system and for improved community interaction of the police with a focus on crime against women and children.

The help desks also aim to create a conducive atmosphere for distressed women and girls to approach the police stations without any hesitation and fear.

The move aims at strengthening women safety and instil a greater sense of security among them. It is expected to go a long way in ensuring the safety of women and children.

The Nirbhaya Fund was set up by the Union Government in 2013 after the tragic gangrape and fatal assault case on December 16, 2012 in New Delhi.

The fund was set up to support initiatives by the government and non-govermental organisations to protect the dignity and ensuring the safety of women and children in the country.

The Government contribution to the fund included Rs 1000 crores for the empowerment, safety and security of women and girl children.

The Fund is administered by the Department of Economic Affairs, under the Union Finance ministry.

Nirbhaya, which means fearless, was the name given to the 2012 Delhi gang-rape victim to hide her actual identity.

The Empowered Committee (EC) under Nirbhaya framework, which was chaired by WCD Secretary Rabindra Panwar evaluated two proposals on October 22 to develop operationlisation systems for the working of the women's help desks in police stations.

The proposals were for the expansion of anti-human trafficking units (AHTUs) to all districts. Currently, the units are functional in 146 districts of the nation.

The Women and Child Ministry had asked the Home Ministry to sanction Rs 100 crore each for setting up of the help desks at 10,000 police stations and the expansion of AHTUs.

The Empowered Committee made the following suggestions and recommendations:

- Set up anti-human trafficking units with a proper monitoring and reporting mechanism.

- Psychosocial and legal counselling and aid should be made available through these anti-human trafficking units to the beneficiaries.

- State-level nodal officers should be nominated to monitor the functioning of AHTUs and share their data with the EC and the WCD Ministry.