Gujarat has topped the list with 64% or 2/3 of total domestic solar rooftop installations of 79,950 systems installed across the country. 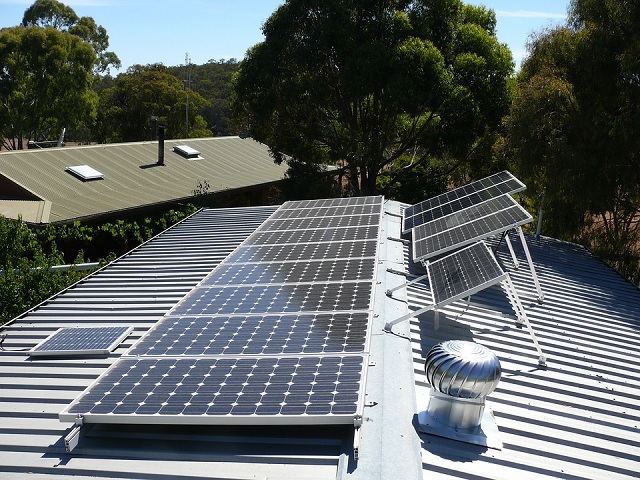 Gujarat has topped the Solar Roof Top Plants nationwide. The state government has launched dedicated schemes to achieve renewable energy targets. At present, more than 50,915 rooftop solar plants have been installed in Gujarat.

• The state government has launched a scheme called "Surya Gujarat" to increase the use of solar energy at the domestic level. The scheme aims to cover more than 8 lakh domestic consumers by 2022.
• It also provided a 40% grant to projects of capacity between 3 KWhr to 10 KWhr. Maharashtra has the highest number of solar rooftop power plant installations at 5,513, after Gujarat. The above information was given in written reply to the Parliament by the Union Ministry of Renewable Energy.
• Gujarat has topped the list with 64% or 2/3 of total domestic solar rooftop installations of 79,950 systems installed across the country.
• According to a written reply of Union Minister for New and Renewable Energy RK Singh in Parliament, 50,915 systems have a total capacity of 177.67 MW. However, the combined capacity of the installed rooftop solar systems is 322 MW.

India needs to reduce its dependence on oil. This can be achieved by increasing the consumption of solar energy. India's current solar power capacity as of January 2020 is 34.045 GW. India had targeted to reach 20 GW by 2022. This target has been already achieved. Now, India has increased its target to 100 GW by 2022. It also includes 40 GW rooftop solar power.