Haryana CM Khattar said that the benefit of this announcement will benefit those farmers who have borrowed from District Cooperative Central Banks. 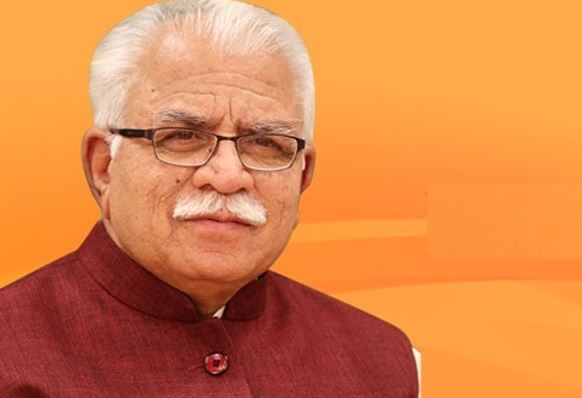 The Haryana Government has announced a waiver of Rs. 4750 crore on interest and penalty on crop loans. Chief Minister of Haryana Manohar Lal Khattar announced that this waiver will benefit about 10 Lakh farmers of the Haryana.

The benefit of this announcement will benefit those farmers who have borrowed from District Cooperative Central Banks, Primary Agriculture Cooperative Societies (PACS), Development Bank and Land Mortgage Bank of Haryana.

• As per the announcement by CM Manohar Lal Khattar, the farmers whose bank accounts were declared Non-Performing Assets (NPAs) by these banks and were unable to renew their loans will now be able to do so.
• Out of 13 lakh farmers who borrowed from Primary Agriculture Cooperative Societies, the accounts of over eight lakh had turned into NPAs.
• The five per cent penalty imposed on farmers who failed to repay loans taken from PACS will now be completely waived.
• About 85,000 farmers had taken loans worth 3,000 crore rupees from the District Cooperative Central Banks. Out of which, accounts of 32,000 farmers involving an amount of 800 crore rupees have turned NPAs.
• CM Khattar said that farmers will have to pay two per cent interest for loans less than five lakh rupees, five per cent for loans between 5 lakh to 10 lakh rupees and 10 per cent for bigger loans.

Haryana CM Manohar Lal Khattar also announced that a benefit of Rs. 1,800 crore will be given to borrowers of DCCB if they pay the principal amount along with simple interest by November 30. Around 85,000 farmers had taken loans worth Rs. 3,000 crore from DCCB. Out of which, accounts of 32,000 farmers involving an amount of Rs. 800 crore have turned NPAs.