Once the PAN is allotted to an applicant through his electronic Aadhaar-based verification system, in a few seconds, the applicant will be sent the PAN card by post. 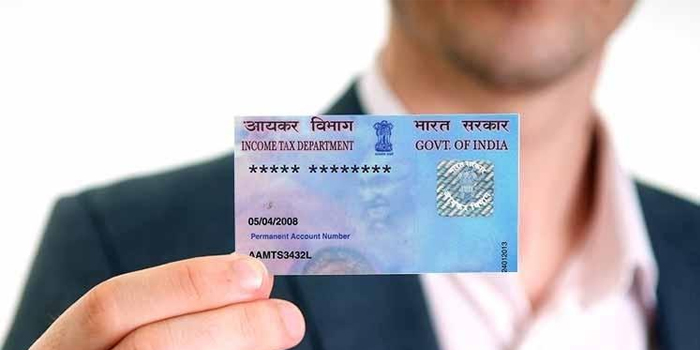 The Income Tax Department on July 1, 2018 launched the ‘Instant’ Aadhaar-based PAN allotment service for individuals seeking to obtain the unique identity for the first time. The facility is free of cost.

Under the facility, instant allotment of e-PAN will be available for a limited period on a first-come, first-served basis for valid Aadhaar holders.

• A fresh PAN will be allotted on the basis of a one-time password sent on the mobile number linked to the Aadhaar number of a person.

• The new PAN will have the same name, date of birth, gender, mobile number and address as in the Aadhaar.

• Once the PAN is allotted to an applicant through his electronic Aadhaar-based verification system, in a few seconds, the applicant will be sent the PAN card by post.

• This e-PAN facility is only for resident individuals and not for Hindu Undivided Family, firms, trusts and companies.

• The facility can be availed of at the official portal of the department incometaxindiaefiling.gov.in.

• According to Section 139 AA (2) of the Income Tax Act, 1961, every person having PAN as on July 1, 2017, and eligible to obtain Aadhaar, must intimate his Aadhaar number to the tax authorities.

• While Aadhaar is issued by the Unique Identification Authority of India (UIDAI) to a resident of India, PAN is a 10-digit alphanumeric number allotted by the IT department to a person, firm or entity.