India’s New Jersey: Virat Kohli was spotted posing in Team India’s new jersey with his name and number etched on the back. 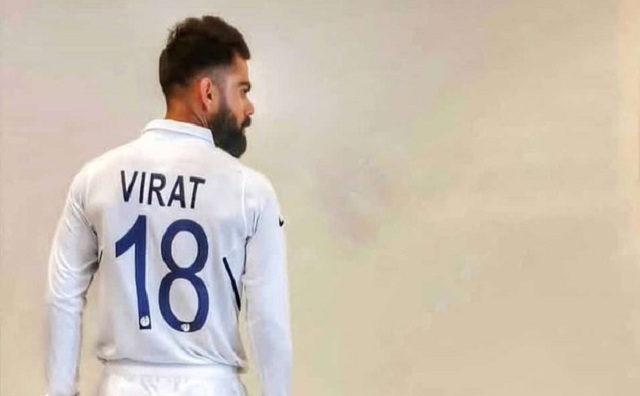 India’s New Jersey: Team India has revealed its new test jersey kit, ahead of World Test Championship, which will begin with India’s first test against West Indies campaign at the Sir Vivian Richards Stadium in Antigua. Team India posted Instagram stories of the entire team including skipper Virat Kohli and Vice-captain Ajinkya Rahane sporting the new test jersey with their name and preferred number written behind.

Virat Kohli was seen wearing number 18 at the back, while Test vice-captain Ajinkya Rahane was seen sporting number 3 jersey.  The decision to introduce numbers at the back of the test jersey was taken by the International Cricket Council (ICC) to make test cricket more appealing to the youth. The change will apply to all test playing nations. England and Australia have already unveiled their respective new test jersey kits, as the World Test Championship kicked off with the Ashes series. 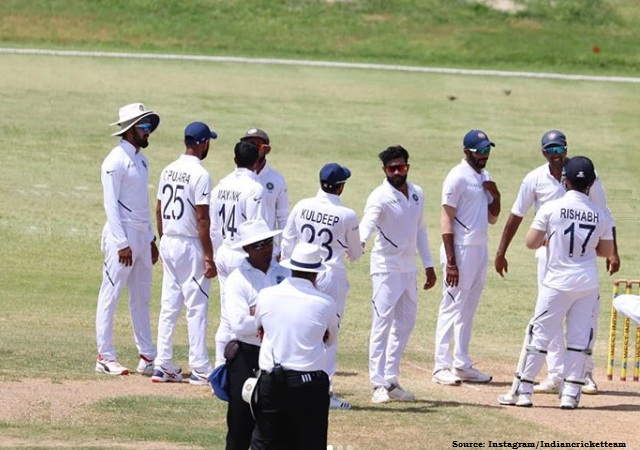 India defeated the West Indies by 3-0 in the T20Is and by 2-0 in the ODI series. The two teams will now face each other in the two-testt series, which will also mark the beginning of their campaign in the World Test Championship. India’s second test against the West Indies will be played at the Sabina Park in Jamaica

The introduction of the new test jerseys, as a part of the new ICC rule, has received firm criticism from many former players including Kevin Pietersen, Brett Lee and Shoaib Akhtar.