Iran called it a ‘human-error’ because of aircraft’s unexpected and sharp turn towards a sensitive area and a military base. 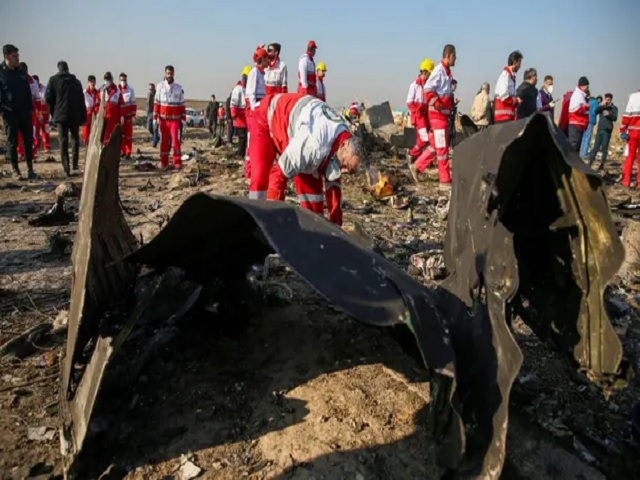 Iran finally announced that it had ‘accidentally’ and ‘unintentionally’ shot down a Ukrainian Boeing 737-800 aircraft. Iran called it a ‘human-error’ because of aircraft’s unexpected and sharp turn towards a sensitive area and a military base.

The statement was released by the Iranian Military on January 10, 2020. The crash caused the death of all 176 people aboard. Earlier, the US administration claimed that Iranian missile had mistakenly shot down the Ukrainian plane.

US officials claimed that US satellites have detected two missiles that were launched shortly after the plane crashed. The USA believed that the plane may have accidentally crashed. Ukraine had prepared four possible scenarios for the accident, including a missile attack.

The aircraft carried 82 passengers from Iran, 63 from Canada, 11 from Ukraine, 10 from Sweden, four from Afghanistan, three from Germany and three from Britain.

• On July 3, 1988, Iran’s Air Flight 655 was shot down by a missile attack from a US Navy ship. The incident took place when aircraft was passing over the Arabian Gulf.
• On July 17, 2014, Malaysian Airlines was flying from Amsterdam to Kuala Lumpur. It was shot down by a Soviet-made surface-to-air missile. The aircraft had 283 passengers and 15 crew members. There were 80 children on the plane. All of them died in the ‘accident’.
• A Serbian plane left for Russia from Israel's Tel Aviv on October 4, 2001, but it was shot down by a Crimean missile. All 66 onboard passengers and 12 crew members were killed in the attack.
• Korean Airlines aircraft number 007 was shot down by a Soviet interceptor missile on September 01, 1983. A total of 269 people died in this attack.