The findings were published recently in journal Nature Astronomy. 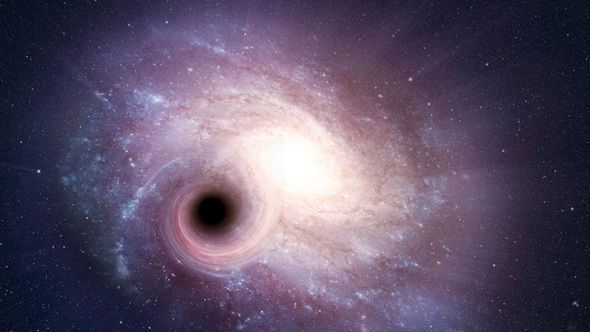 A giant black hole, nearly 100000 times the mass of the sun, has been detected near the heart of the Milky Way.

With the finding, the newly detected black hole becomes Milky Way’s second largest known black hole at its very centre, Sagittarius A*. The Sagittarius A*  is a bright and very compact astronomical radio source at the centre of the Milky Way.

The findings were published recently in journal Nature Astronomy.

• The finding is the best evidence yet of a long-sought class of 'intermediate-mass' black holes, the existence of which could explain how supermassive black holes grow so terrifyingly vast.

• The newly discovered black hole is thought to be destined for a slow, one-way trip towards Sagittarius A*, into which it would ultimately be subsumed.

• The existence of the new black hole was hinted in the year 2015, when a team from Keio University in Japan discovered the gas cloud, located just 200 light-years away from the centre of the Milky Way.

• Unusual movements of gas detected within CO–0.40–0.22 suggested some massive force was accelerating matter inside the cloud.

• Again, the researchers detected a distribution of velocities inside a clump of gas in the cloud, but this time they found a spectrum of radio waves, similar to the readings Sagittarius A* itself produces, but about 500 times less luminous.

• The team thinks CO–0.40–0.22 may be the remnants of a dwarf galaxy that was slowly drawn into the Milky Way, suggesting larger galaxies grow by cannibalizing their smaller neighbours.