The adoption of this proposal by the FAO with the support of its Member Nations will enable it to be moved to the United Nations General Assembly (UNGA) for declaration of an upcoming year as International Year of Millets. 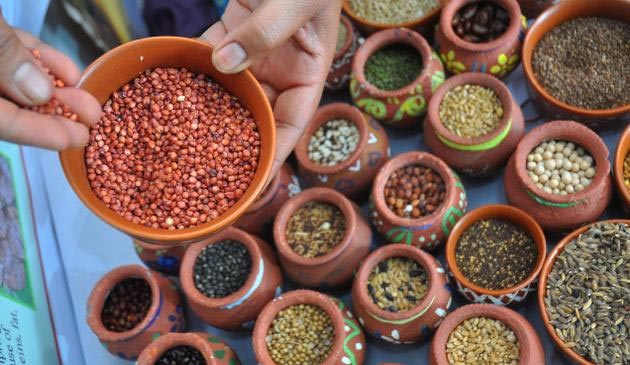 The Union Minister of Agriculture and Farmers’ Welfare, Radha Mohan Singh on August 16, 2018 wrote to Jose Graziano da Silva, the Director General of the United Nations Food and Agriculture Organisation (UNFAO) to declare the upcoming year as the ‘International Year of Millets’.

Singh stressed on the need to draw wider global attention and action to promote cultivation of millets.

The adoption of this proposal by the FAO with the support of its Member Nations will enable it to be moved to the United Nations General Assembly (UNGA) for declaration of an upcoming year as International Year of Millets.

The Union Government recently increased the Minimum Support Price (MSP) of millets by more than 50 percent of cost of production which is an important component of efforts to achieve the national commitment of doubling farmers’ income by 2022.

Millets and their benefits

• Millets are highly nutritious and useful in various lifestyle diseases, enhance resilience and risk management in face of climate change especially for small and marginal farmers.

• Millet is an important staple cereal crop for millions of dryland farmers across Sub-Saharan Africa and Asia. They offer nutrition, income and livelihood for farmers even in difficult times.

• They can be used in various forms such as food, feed, fodder, biofuels and brewing.

• They are nutritionally superior to wheat and rice as they have higher levels of protein with more balanced amino acid profile, crude fiber & minerals such as Iron, Zinc, and Phosphorous.

• They can offer nutritional security and act as a shield against nutritional deficiency, especially among children and women.

• Millets can also help tackle health challenges such as obesity, diabetes and lifestyle problems as they are gluten free, have a low glycemic index and are high in dietary fibre and antioxidants.

• Moreover, in times of climate change, they will be the last crop standing and will be a good risk management strategy for resource-poor marginal farmers.