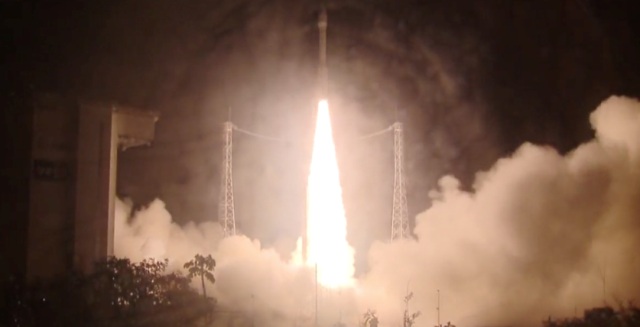 • The Mohammed VI-A satellite is an Earth observation satellite built for Morocco by Thales Alenia Space as prime contractor and Airbus as co-prime.

• It will be used for mapping and land surveying activities along with regional development and agricultural monitoring.

• It will also be used for monitoring changes in the environment and desertification and in the prevention and management of natural disasters and for border and coastal surveillance.

• The launch was the 11th consecutive successful launch of a Vega rocket since 2012.

• The payload including the optical instruments, the image transmission subsystem and the ground segment for image processing and production were supplied by Thales Alenia Space.

• Airbus was in charge of its integration, as well as supplying the platform and the ground segment for mission planning and satellite control.

• The Mohammed VI-A is the 150th satellite built by Thales Alenia Space to be launched by Arianespace, which has 15 more satellites from this manufacturer in its order book.

Significance of the satellite

• The space imagery will play a key role in the implementation of national strategies for socio-economic development of Morocco, especially those related to the agricultural sector which constitutes one of the main pillars of the Moroccan economy.

• Besides this, the satellite will also help in land management, through effective control of housing and buildings, as well as tighter monitoring of slum eradication.