The convention was organised as part of the Telangana government’s initiative to rejuvenate the Krishna River by involving government organisations from Krishna river basin states. 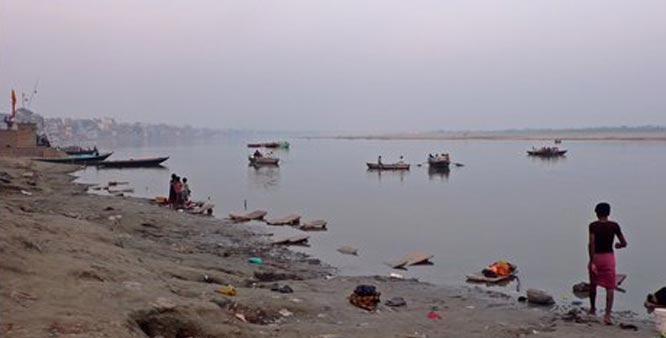 The 'National Convention on Rejuvenation of the Krishna River' was held on May 22, 2018 in Hyderabad, Telangana. The convention was organised by the Indian Water Council (IWC).

During the convention, experts in water conservation from across the country deliberated on the ways to rejuvenate the Krishna River.

National Convention on Rejuvenation of the Krishna River

• The convention was IWC's first event which saw the participation of over 300 delegates of government organisations including Rajendra Singh, the 'Waterman of India'.

• The convention was organised as part of the Telangana government’s initiative to rejuvenate the Krishna River by involving government organisations from Krishna river basin states of Maharashtra, Andhra Pradesh, Karnataka and Telangana and several NGOs.

• The focus areas of discussions were the arresting flow of pollutants into the river, creating awareness among farmers to avoid taking up paddy crops, and the issues of over extraction and encroachments.

• There are plans to set up committees in villages to create awareness among people and farmers on the ways to recharge ground water along Krishna with the help of organizations such as Indian Water Council, Walk for Water, Jal Biradari, etc.

• The main aim behind this initiative is to apply for the membership of the World Water Council.

• The Indian Water Council was formed in April 2018 in Rajasthan.

• IWC, an off-shoot of the World Water Council (WWC), plans to mobilise action against critical water issues in the country.

• V Prakash Rao, Chairman of Telangana Water Resources Development Corporation (TWRDC), is one of the founder members of IWC.

• The council’s major plan is to revive the Krishna River by adopting a four-pronged approach - addressing river pollution, clearing encroachment of water bodies, discouraging over extraction of groundwater and stopping deforestation in the river basin.