Launched with an aim to help the poor and the economically deprived, the scheme will be available for 10.74 crore beneficiary families and about 50 crore Indian citizens. This scheme will strengthen the healthcare services in India. Around 13000 hospitals in the country have been coordinated for the implementation of the scheme.

While launching the healthcare scheme at Ranchi, Jharkhand, PM Modi said that "This is the world’s largest health scheme which will serve a population that equals 27-28 European countries. The beneficiaries are almost equal to the population of Canada, Mexico and US put together."

Beneficiaries of the Ayushman Bharat insurance programme in Jharkhand were sent a two-page personalised letter from PM Modi outlining the importance and benefits of the project. The government will send similar letters to 10.74 crore beneficiary families. The letters will have photograph of PM Modi.

On the same occasion, the Prime Minister also launched a toll free number 14555 for people to get more information about Ayushma Bharat scheme. 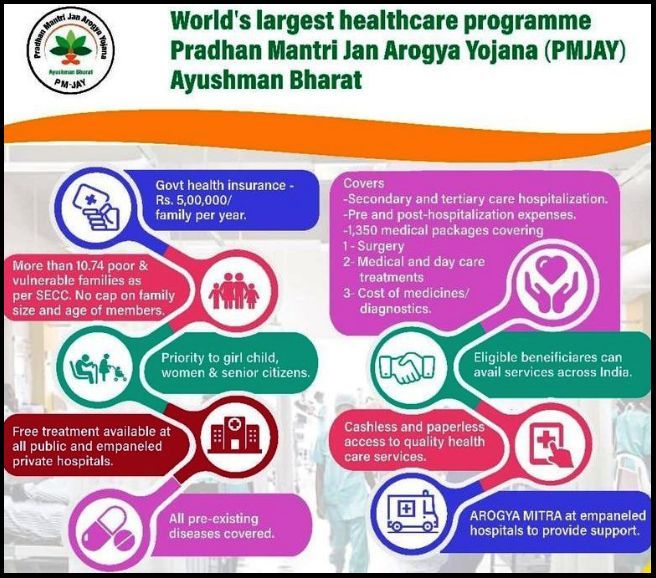 The scheme will become operational from September 25, 2018, the birth anniversary of Deendayal Upadhyay. 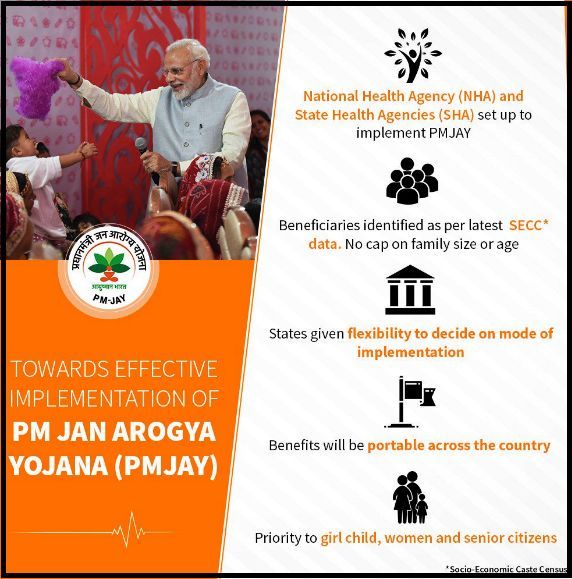 • The beneficiaries can avail of the benefits in both public and empanelled private facilities. All public hospitals in the States implementing the scheme will be considered empanelled for the Scheme.

• Hospitals belonging to Employee State Insurance Corporation (ESIC) will also be empanelled based on the bed occupancy ratio parameter.

• While, the private hospitals will be empanelled online, based on defined criteria.

• Each empanelled hospital will have an 'Ayushman Mitra help desk' where a prospective beneficiary can check documents to verify the eligibility and enrolment to the scheme.

• So far, 15686 applications for hospital empanelment have been received and over 8735 hospitals, both public and private, have been empanelled for the scheme.

As many as 30 states and Union Territories have signed MoUs with the Union Government to implement the programme over the next two to three months. However, Telangana, Odisha, Delhi, Kerala and Punjab have still not signed the MoUs, so the scheme will not be implemented in these states till they come on board.

States will be required to form a State Health Agency (SHA) to implement the scheme and at the district level also, a structure for implementation of the scheme will be set up. To ensure that the funds reach SHA on time, the transfer of funds from Central Government to State Health Agencies may be done through an escrow account directly.