Royal Challengers Bangalore (RCB) has never lifted the IPL trophy despite making it into the finals three times- in 2009, 2011 and 2016. 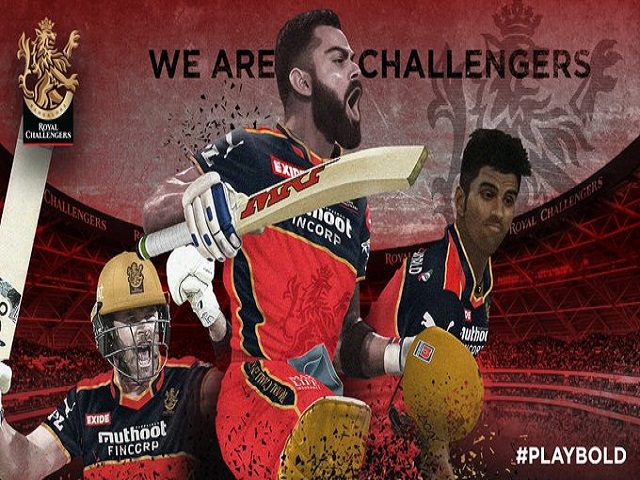 Royal Challengers Bangalore (RCB), led by Virat Kohli, will be looking to win their maiden IPL title this year. The team has never lifted the IPL trophy despite making it into the finals three times- in 2009, 2011 and 2016.

However, since the past three years RCB had finished almost at the bottom each time with the exception of the IPL 2020 season when it made it into the playoffs.

This year, with new recruits like Glen Maxwell and Virat Kohli still captain, the team will be hoping to fare better and take the trophy home. The team will be playing in the IPL opener against defending champions Mumbai Indians at MA Chidambaram Stadium, Chennai at 7.30 pm tomorrow, April 9, 2021.

The COVID-19 pandemic has played spoilsport again this year with few players and supporting staff testing coronavirus positive including two of RCB's players- opener Devdutt Padikkal and Australian all-rounder Daniel Sams. While Padikkal has recovered and has rejoined the team, Sams is currently under self-quarantine. The Australian had tested positive upon his arrival in India on April 7, 2021.

The Royal Challengers Bangalore is led by Indian National Cricket Team's captain Virat Kohli, who is one of the best batsman in the world currently.

The IPL franchise is owned by United Spirits and the Head Coach is Simon Katich, former cricketer and former Australian cricket coach.

The Royal Challengers Bangalore (RCB) is owned by United Spirits. Despite being one of the title favourites, the team has never won an IPL trophy. RCB's best ranking till now has been runner-ups in three editions of the Indian Premier League.