Water conservation in India: How to manage water and what to learn from Israel?

Water conservation is India should be a mass movement because as per the Economic Survey, India will be in the global hot spot for ‘water insecurity' by 2050. 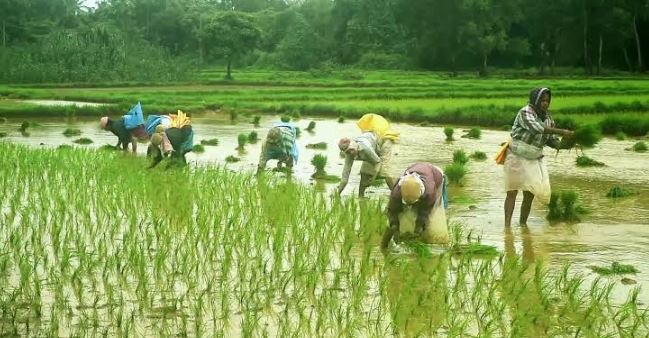 Water crisis and its conservation are major concerns in India. Prime Minister Narendra Modi has also urged people to conserve water amid country's water crisis during his 'Mann ki Baat' programme. Today, several parts of the country are experiencing an acute water crisis. Therefore, the government of India has taken a step to conserve water through the production of alternative crops for optimal water usage.

The Union Minister of Jal Shakti, Gajendra Shekhawat recently said, “The water requirement for agriculture is considerably high in India. Out of our total groundwater availability, we use 6% for domestic use and another 5% for industrial purpose. The remaining 89% goes for agriculture.” He also said, “Our studies say that to grow one kilogramme of paddy, we consume 5,600 litres of water whereas China produces the same amount of paddy with just 330-340 litres of water.”

Need of water conservation in India

• Minister of Jal Shakti, Gajendra Shekhawat said that out of the 178.7 million rural households in the country, only 32.7 million or 18% got drinking water from tap connections.
• According to the Economic Survey, by 2050, India will be in the global hot spot for ‘water insecurity.’
• China and India are the two largest rice producers in the world respectively. Both countries contribute nearly half of the world’s total rice production.
• Around 89% of groundwater extracted is used for irrigation and crops such as paddy and sugarcane consume more than 60% of irrigation water.
• According to the Economic Survey, the focus should shift from land productivity to irrigation water productivity so that farmers can work on conserving water.

India gets around 5.2 kg of sugarcane in one cubic metre of water. This is better than the global average of 4.80 kg/m3. But South Africa produces up to 7.8 kg with the same quantity of water and Thailand gets between 5.8 and 6.5 kg/m3 of water.

A committee of secretaries (CoS) is set to emphasize the need to cut down on water usage on crops especially paddy and sugar-cane.  The committee was formed to look into the agriculture and related matters under the directions of PM Modi. The water ministry, a part of the CoS on agriculture and rural development, has pitched for less water for crops as a high priority issue.

How to manage water?

About 1500mm amount of water is required for irrigated rice in the Asian region. Rice crop needed 34−43% of the total world’s irrigation water or about 24−30% of the entire world’s developed freshwater resources. The following procedure can be adapted to use less water in rice farming:

• Some field channels can be constructed in the farmland to improve control over water by individual farmers. Such channels can be constructed in any type of irrigation system.
• According to the studies, performing shallow tillage operations before land soaking can be a great help for water conservation. It will fill the cracks and can greatly reduce the amount of water used in land preparation.
• Farmers level their fields from time to time so that it can save more water. This is nearly an extra 10% of the total water requirement to grow the crop.
• Farmlands must be covered with the construction of bunds around it. The average height of bunds should be high enough (at least 20 cm) to avoid overflowing during heavy rainfall.

Israel has become a perfect example for the world for water conservation as it treats about 94 % of its wastewater and recycles around 85% water. Israel is expecting to bring this level to 90% over the next five-seven years. India has to first put into place rainwater collection systems. Also, India has to make sure that the water collected does not get contaminated.

Israel is one such country that ensures more than 50 % of its water is man-made. It means that the water created by us out of wastewater, or through desalination. Israel recycles every drop of wastewater and makes it available to use. Micro-irrigation in Israel is not only visible in farms but also in grass lawns, public gardens and even plants grown inside the houses.