First Red Cross Day was celebrated in 1948 when it was officially declared as World Red Cross and Red Crescent Day.

World Red Cross is celebrated on May 08 every year to pay tribute to the people participated in the event as well as remembering their contribution to helping people in need.  This is basically an annual celebration of the principles of the International Red Cross and Red Crescent Movement. This day is celebrated on this day because it marks the birth anniversary of Henry Dunant, founder of the Red Cross and International Committee of the Red Cross (ICRC).

All branches of Red Corss society has celebrated this day and spread message among masses about peace and harmony. Red Cross also request people to join them to help the people who suffer from any Food Shortage, Natural Calamities, War as well as Diseases of the Epidemic. Several blood donation camps have been organised across country and world.

Kirpal Singh has written many books, journals and research papers about partition. He also interviewed numerous architect of the partition. He was believed that there was a design behind partition but there was no one to take responsibility for the human loss. 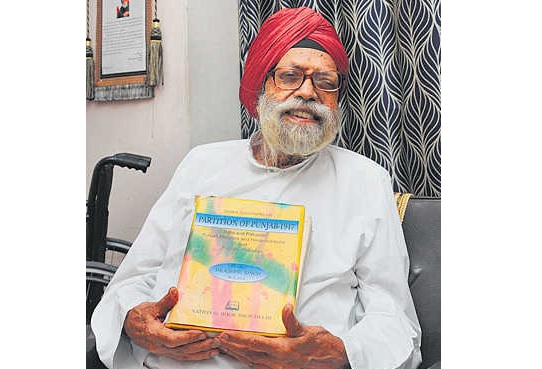 Excerpts from a book

Dr. Kirpal Singh writes in ‘Selected Documents on Partition of Punjab’ that the partition of the British Punjab is a unique event in the history of Indo-Pakistan subcontinent. It was followed by unprecedented cross mass migrations of population and massacre of thousands of men, women and children. It brought socio-political upheavals in East Punjab as well as in the West Punjab. It is, therefore very important to understand the evolution of the idea of partition of Punjab and Master Tara Singh's role in making it a political objective of all the Sikhs.