What is the Salary of Indian Female Cricketers?

The Indian Cricket Control Board has divided the Indian female cricket players into 3 categories. These categories are; A, B and C. This contract will be in force between October 2019 to September 2020.

It is worth to notice that there is a huge disparity in the contract amount between men and women cricket players. A male player of Grade A gets Rs 5 crore every year, while in the same category a female player gets only Rs 50 lakh.

The new BCCI contract puts women players in three categories, such as;

Grade A: Currently, there are 3 women players in this grade. Last year it had 4 players. Mithali Raj has been dropped from this grade. Now three players are; 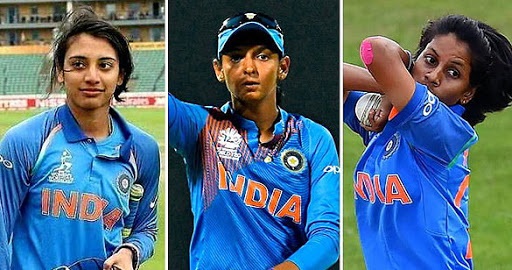 Grade B: There are 2 more players have been included in this grade this year. Last year, there were 6 women players but the new contract has 8 players in this grade.

Grade C: There are 11 women players in this grade whereas last year it had only 9 players.

Why do Indian Female cricketers get less salary than the male?

In fact, men’s cricket is more preferred than women in India, that is the reason advertising rights of men's’ team are sold at very higher prices. The matches played by the men team fetch huge crowd and ticket money in the same proportion.

The media rights and the hoardings put in place in the stadium during a match of the male team give good income to BCCI. So if the Men’s team earns the huge money for the BCCI that is why BCCI also gives good rewards to the Indian men's’ cricket team.

Hopefully, after reading this article, you must have known that how much salary Indian female cricketers receive and why they get lesser salaries than male cricketers?