Spot The Difference: Can you spot 5 differences in 17 seconds?

Spot the Difference: Two similar images are placed side by side but differ from each other. Spot five differences within 17 seconds. Test your level of intelligence and observation skills with this challenge now.
Mrigank Chakraborty Updated: Nov 22, 2022 15:42 IST
Spot 5 Differences in 17 Seconds

This activity can be attempted individually, in groups, or as a team. These types of activities are best for improving concentration and boosting the observation skills of individuals.

Making this activity all the more interesting is the addition of a time limit. The time limit is a good parameter to judge the capability and observation skills of an individual.

Do you have good observation skills?

Spot The Difference: Can you spot 10 differences in 23 seconds? 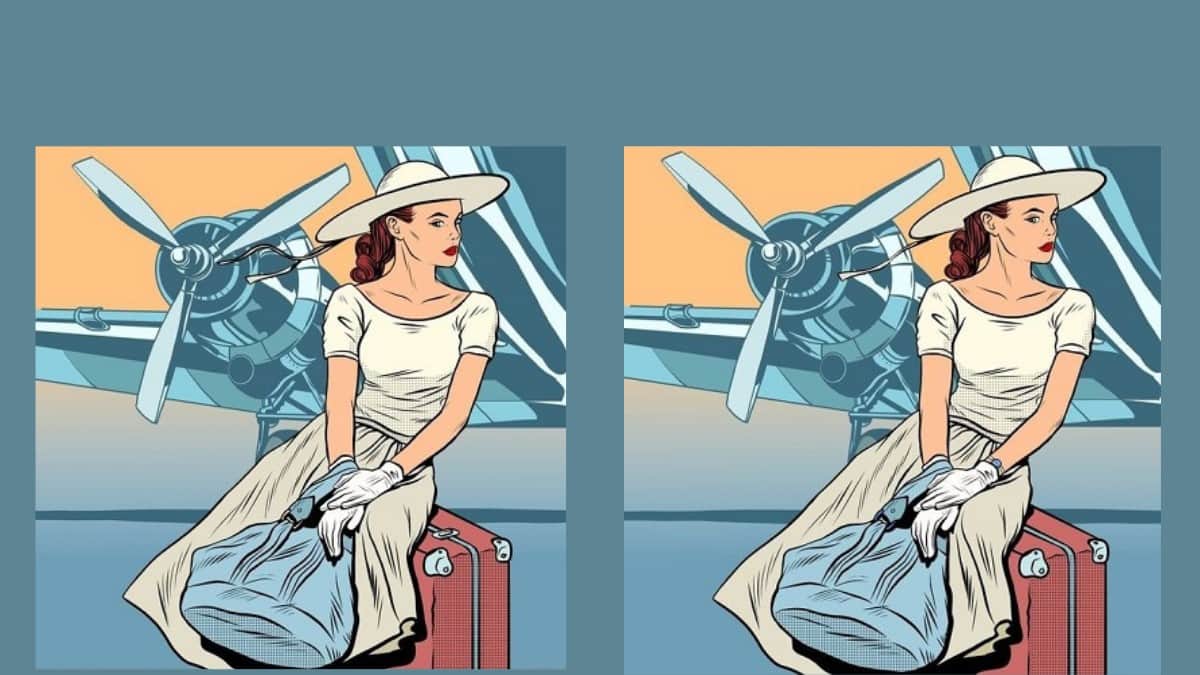 The image that is shared above shows a lady waiting for her flight in a hangar. You can see the propeller of an aircraft in the background, the lady is carrying a suitcase, and she is using the suitcase as a chair.

Although the two images presented above look similar, there are 5 differences among them, which you need to spot in 17 seconds.

Seek and Find: Can you find the comb in the picture in 13 seconds?

Have you spotted two or three differences?

Time will be running out soon.

Some of the differences can be easily seen, while the difficult ones will take some searching.

Those who have found at least 3-4 differences have done really well. If you are one of those who have spotted all the differences, you have exceptional observation skills.

It’s time for the reveal.

Optical Illusion: Can you spot the football among pandas in 13 seconds?

The differences between the two images are highlighted with red circles as follows: