In a world of global travel, it is not convenient for every single place on Earth to keep its own unique theme. Thus, to make keeping track of time easier, Standard Time Zones were established: the time is always the same throughout each time zone. In this article, we have discussed-how India get benefited from the two time zones. 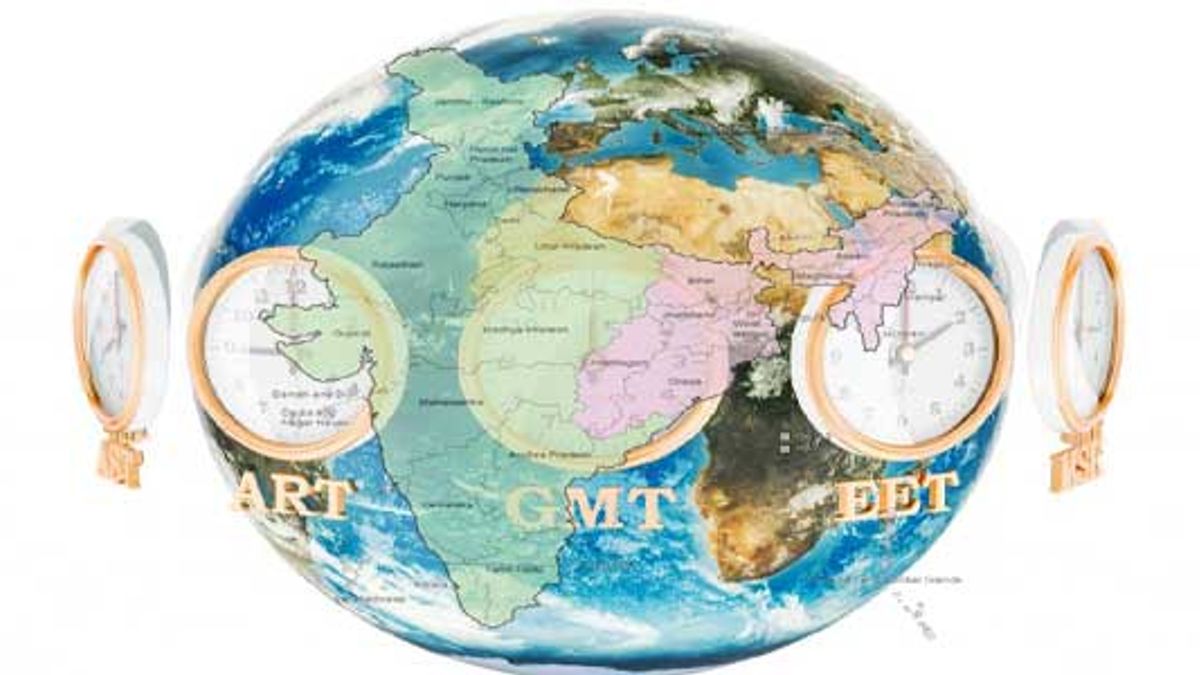 A time zone is a region of the globe that observes a uniform standard time for legal, commercial, and social purposes. Time zones tend to follow the boundaries of countries and their subdivisions because it is convenient for areas in close commercial or other communication to keep the same time. This time zone is used to save daylight. Hence, zero degrees longitude, which is also called prime meridian chosen as International Standard Time because it is based on the Earth's rotation (which is irregular) it actually follows a fictitious Mean Sun that moves at a uniform speed along the equator.

Why Standard Time Zones was established?

In a world of global travel, it is not convenient for every single place on Earth to keep its own unique theme. Thus, to make keeping track of time easier, Standard Time Zones were established: the time is always the same throughout each time zone. The earth is divided into twenty-four time zones of approximately equal width. The time in each successive time zone is one hour different from the times in neighbouring time zones.

Recently, the journal Current Science by the Indian Academy of Sciences states that if India has two time zones then it will not only save the Daylight but also increase the productivity.

In the north-eastern states of India, Sun rises and set earlier, which causes loss of many daylight hours in normal days? But this situation worsens in winter because during winter days get shorter, which causes lower productivity and higher electricity consumption. The study estimated that if India has two time zones then India can save 20 million kWh annual electricity.

Some researcher states that if India has two time zones then it will be havoc situation. For Example- Two time zones could lead to railway collisions.

This study also suggested that “how two time zones are feasible for India”.  For Example- If the train clocks are switched at Alipurduar Junction on the West Bengal and Assam border, such collisions can be avoided.

It will be implemented then we have to generate IST-II for that matter a Primary Time Scale (PTS) must be established to ensemble of five caesium clocks and one hydrogen maser, in one of the north-eastern states similar to PTS for IST-I, which is located in Delhi. A caesium clock measures time on the basis of the resonance (or change of energy state of an isotope of caesium) and a hydrogen maser, which measures time on the basis of the resonance of hydrogen across energy states.

Indian Standard Time is calculated on the basis of 82.30' E longitude which divided India into two halves. It is taken as the standard time as it passes through almost the centre of India. But it is worth remembering that it operate a single Time Zone, not for Daylight Saving Time.

But the country's east–west distance is more than 2,933 kilometres (1,822 mi) covers over 29 degrees of longitude, resulting in the sun rising and setting almost two hours earlier on India's eastern border than in the Rann of Kutch in the far west. The people of the north-eastern states have to advance their clocks with the early sunrise and avoid the extra consumption of energy after daylight hours.