What is Greater Israel? Why is the idea not acceptable to the Palestinians and Islamists

Greater Israel is an expression. It has a biblical and political meaning to it that varied and evolved over time. It is known as the Zionist Plan for the Middle East. Know all about it below

The war between Israel and Palestine is more than a century old now and still is not under rest. Many International Organizations, historians and IR watchers are now under the impression of Israels bigger plans of Greater Israel in the picture. It has always been doubted that Israel has tried to fulfill its Zionist Plan for the Middle East and is slowly acceding territories to make it happen.  Take a look below at what Greater Israel is and why is it not acceptable to the Palestinians and the Muslim world?

Greater Israel: What is it?

1. Greater Israel is an expression with a biblical and political meaning to it which has differed and evolved over time. It is called the Zionist Plan for the Middle East.

2. The concept of a “Greater Israel'', according to the founding father of Zionism Theodore Herzl, is a Jewish State stretching “from the Brook of Egypt to the Euphrates.”

Thus it would have included:

3. Many historians and International Relations watchers state that this is the reason Israel is slowly and strategically grabbing more and more land from its neighbours, specially Palestine.

4. While many other Zionists also say that Greater Israel included the land from the Nile in the West to the Euphrates in the East, comprising Palestine, Lebanon, Western Syria and Southern Turkey. 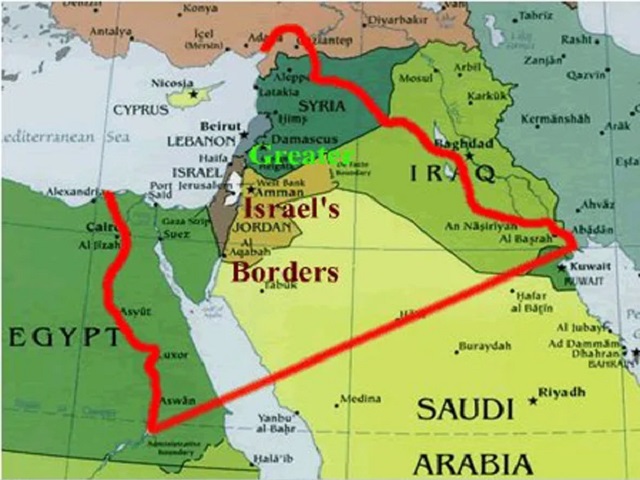 5. However, it is also important to keep in mind that the design of Greater Israel may not strictly be a Zionist Project for the Middle East. Many experts and academics have stated recently that it is an integral part of US foreign policy aiming to extend US hegemony to the middle east as well as fracturing and balkanising the Middle East.

6. Such a policy being pursued by the US in the region goes along with the Yinon Plan. This plan is an Israeli strategy to ensure regional superiority. It is a continuation of an earlier ploy that Britain used in the Middle East.

7. As per the Yinon Plan, Israel needs to reconfigure its geopolitical surroundings through Balkanisation of the surrounding Arab states turning them into smaller, weaker states.

The picture below shows the Promised land as per Biblical links: 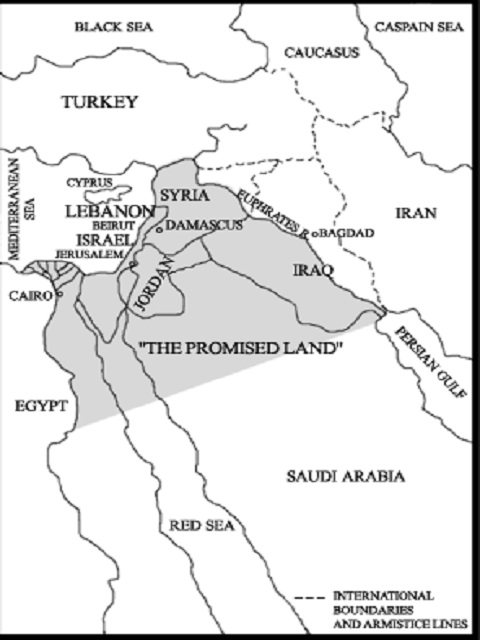 1.  As stated in a UN report in 2017, 'Israel is currently proceeding with the plan to annex large chunks of Palestinian territory while keeping the Palestinian inhabitants in conditions of severe deprivation and isolation'.

2.  As per the research, Israel is proceeding with the plan to annex large chunks of Palestinian territory “while keeping the Palestinian inhabitants in conditions of severe deprivation and isolation.

Related| Jews vs Arabs in Israel: What made the two communities rise up against each other?

Why is Greater Israel not acceptable? Reaction from Muslims

The reason for such a Muslim reaction is:

Below is the picture of changing map in the recent years. Also Read| Jerusalem: Why is this ancient city so important for Christians, Muslims and Jews? 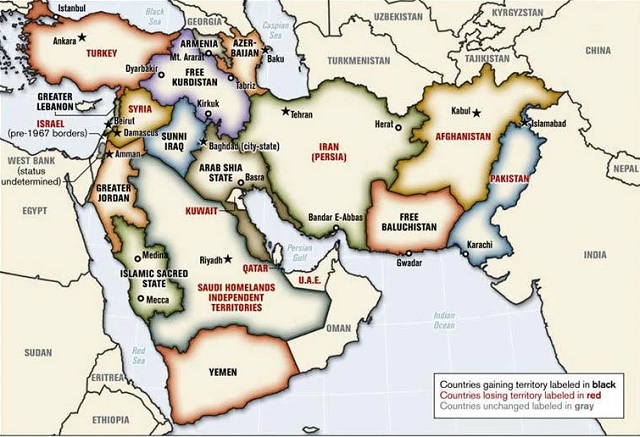 Interference of the United States of America

The United States of America has been the ardent supporter of Israel and was among the first countries to accept its existence. The US finds trade in oil in exchange of arms and technology with Israel. It is also useful in maintaining its hegemony in the middle east.

President Donald Trump had talked about his support of Israel’s illegal settlements in 2017. This also included his opposition to UN Security Council Resolution 2334 which pertains to the illegal Israeli settlements in the occupied West Bank area. Trump administration also recognized Israeli sovereignty over Golan Heights along with complete West Bank being annexed to Israel.

Under the Biden administration Washington DC remains supportive of Israel's plans to annex the Jordan River valley along with the illegal settlements in the West Bank.

The countries have to come together to find a solution to this problem. Israel and Western supporters need to come forward with a resolution of no aggression policy against Palestine. The Palestinians would also have to follow the same.

A way must be opened for dialogue between the two countries like it was before 1967.

Related| What is Hamas and it's role in Israel- Palestine Conflict?

Why are Gaza and Israel fighting?

After weeks of increasing tensions between Israelis and the Palestinians in occupied East Jerusalem, clashes were observed at a holy site revered by both Muslims and Jews. Hamas fired rockets on Israel after which ac counterattack was launched by the latter.

Does Jerusalem belong to Israel or Palestine?

Jerusalem is currently under the administration of Israel

What is Greater Israel?

According to Herzl, Greater Israel is a Jewish State stretching from the Brook of Egypt to the Euphrates.

When did Tel Aviv stop being the capital of Israel?

Israel had declared Independence on 14 May 1948. At that time, the population of Tel Aviv was over 200,000. It was declared temporary capital of Israel until the government moved to Jerusalem in December 1949.
Get the latest General Knowledge and Current Affairs from all over India and world for all competitive exams.