Israelis has launched an air attack on Gaza yet again after Arson balloons launched from Gaza caused multiple fires in the country. The new PM Naftali Bennett has come into action right after taking up the office. Know all updates, major reasons, history and other details of Israel Palestine conflict here .

Israel's air raids on Gaza have been seen for the first time after the ceasefire occurred in May. Israel and Hamas had come to a ceasefire after 11 days of fighting in May 2021. Last times strikes occurred in Gaza which were follow up of the march in East Jerusalem by Jews drawing condemnation from Palestine.

This time Israel reportedly responded to Arson balloons that were launched from Gaza causing multiple fires in Southern Israel. Take a look at the tweet by Israel below.

Hamas will bear the consequences for its actions. pic.twitter.com/lYhqfx26fm

Firefighters were called to put down fires that broke out today due to incendiary balloons that were launched into southern Israel by Palestinian terrorists from #Gaza.

Hamas & its co-terrorists know no other way than that of destruction and violence.pic.twitter.com/8JtvkSLB0K

All that has happened:

Israel and the Palestinian militant group Hamas had earlier in May agreed to a ceasefire. This had brought an end to the 11 days of bombardment which was the heaviest flare up since the 2014 Gaza War leaving over 240 people dead and threatened to de-stabilise the volatile region. Scattered clashes between Palestinian protesters, Israeli police at flash point Jerusalem site were also observed hours after Gaza truce.

More than 130 Democrats of the US House of Representatives asked President Biden to “facilitate the immediate cessation of violence” between Israel and Hamas and also to ask both parties to negotiate a ceasefire as soon as possible.

Latest Story| What is Greater Israel? Why is it not acceptable to the Palestinians and Islamists

Alongside over 130 members of Congress, I am urging @POTUS to demand an immediate cease-fire in Israel & Palestine.

No more lives should be lost. pic.twitter.com/jEc2uZcgOS

As many as 200 people are dead in a weeks fighting. Israeli fighter jets launched a series of airstrikes at various locations in Gaza City on May 17, 2021. Hours after Israeli Prime Minister Benjamin Netanyahu signaled the fourth war with Gaza's Hamas rulers, the strikes happened.

That's 9.3 miles that can no longer be used for terror.

Gaza targeted military tunnels to which Israel responded and pummelled it with air strikes, army clashes and artillery fire. 13 Palestinians were said to be killed. The operation of Israel included 160 air-crafts.  Also Read| Jews vs Arabs in Israel: What made the two communities rise up against each other?

Recently Israel’s Defense Minister gave his approval for mobilisation of 9,000 more reservist troops as fighting is not ceasing with Hamas. Also Israel’s military spokesman has said that forces are massing on the border with the Gaza Strip.

The sad part is the number of people who have lost their lives in this tussle. As per Gaza’s Health Ministry, 83 Palestinians, including 17 children along with 7 women have been killed. In addition to this more than 480 have been wounded in the violence between Israel and Hamas. Here is a tweet reshared by the Foreign Ministry of Israel related to the attacks.

WATCH as a Hamas rocket aimed at Israel misfires and falls back into Gaza.

But this isn't the 1st time—Hamas misfired 350 rockets in the last 3 days.

These rockets result in the deaths of innocent Gazan civilians.

It's time for the world to hold Hamas accountable. pic.twitter.com/vmhmXTZrl6

Israel and Palestine were in news  this week as the former has carried out hundreds of air strikes in Gaza recently. The action was taken after Hamas and other Palestinian militants fired rocket barrages at Tel Aviv and Beersheba. Almost 43 Palestinians were reportedly killed in Gaza and 5 have been reported dead in Israel following  the airstrikes by May 12.

Read| Israel: History, creation, conflicts and other important facts - Know it all

Take a look at the tweet below showing celebration of Eid-ul - Fitr in Israel.

This morning, 17,000 Muslims celebrated the end of Ramadan #EidAlFitr on the Temple Mount.

During these challenging times, now more than ever we pray for peace in Jerusalem and elsewhere. #Eidmubarak pic.twitter.com/pp0MKR8nn6

The current violence, like in past happened due to conflicting claims over Jerusalem home to major holy sites of Islam, Judaism and Christianity.

Also Read| Jerusalem: Why is it important for Christians, Muslims and Jews?

Mediation of other countries:

The United States being a very close ally of Israel and a handful of other countries have recognized Israel's claim on the whole of Jerusalem.

They found these settlements of Israel illegal. 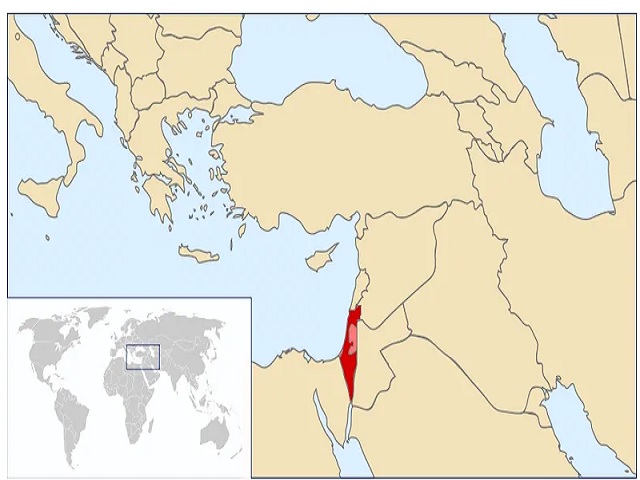 Israel is the world’s only Jewish state. It is located to the east of the Mediterranean Sea. Palestinians are the part of Arab population hailing from the land under Israel generally referred to as Palestine. They wish to establish a state by that name entirely. So the major fight is over the land and the control over it.

In which year did the Ottoman empire fall?

In 1917, Ottoman Empire fell after the World War 1

What is the major reason of Israel Palestine conflict?

The major reason of the conflict is claim of both countries over Jerusalem home to major holy sites of Islam, Judaism and Christianity

When did the Jews come to Palestine from around the world?

It was between 1882 to 1948, when the Jews from around the world gathered in Palestine.

Where is Israel situated?

Israel is situated on the east of Mediterranean Sea
Get the latest General Knowledge and Current Affairs from all over India and world for all competitive exams.