Get here the CBSE Class 9 Science notes for Chapter - Diversity in Living Organisms: Chapter Notes (Part-I). These chapter notes explain all the concepts snd topics in easy and simple language.

This article brings you the CBSE Class 9 Science notes on chapter 7 ‘Diversity in Living Organisms’ (Part-I). These chapter notes are prepared by the subject experts and cover every important topic from the chapter. At the end of the notes you can try the questions asked from the discussed set of topics. These questions will help you to track your preparation level and get a hold on the subject.

Key notes for Chapter- Diversity in Living Organisms, are:

It is a branch of biology which deals with identification, nomenclature, and classification of organisms. Carolus Linnaeus is called the father of taxonomy.

The method of arranging organisms into groups or sets on the basis of similarities and differences is called classification.

It is a well established fact that all the life forms have evolved from a common ancestor. Scientists have proved that the life begun on the earth in the form of simple life forms. During the course of time, complex organism evolved from them. So, classification is also based on evolution.

There are the certain features or properties used for the classification of living organisms which are known as characteristics. Organisms with same characteristics are placed in same groups.

Some important characteristics used for hierarchical classification are

Linnaeus proposed a classification system by arranging organisms into taxonomic groups at different levels according to the characteristics they have. The groups or the levels from top to bottom are:

Species is the basic unit of classification. A species is a group of living beings which can reproduce among themselves and keep their population alive.

The five kingdoms and their key characteristics are given below: 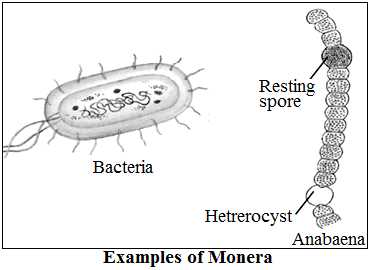 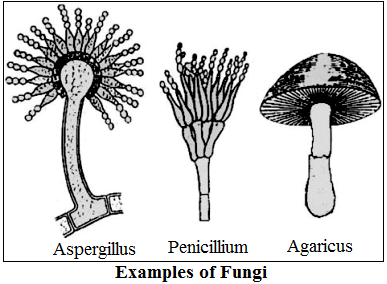 Q 2. Why is it difficult to classify bacteria? Give two reasons.

Q 3. Why is it difficult to classify bacteria? Give two reasons.

Q 4. Explain the basis for grouping organisms into five kingdoms?

Q 5. What is symbiotic relationship?