IIFT 2020 Exam Analysis by HitBullsEye - Get detailed IIFT 2020 exam analysis along with the sectional analysis and overall expected cutoffs and percentile from the experts at HitbullsEye. Find out which section has how much difficulty level now! 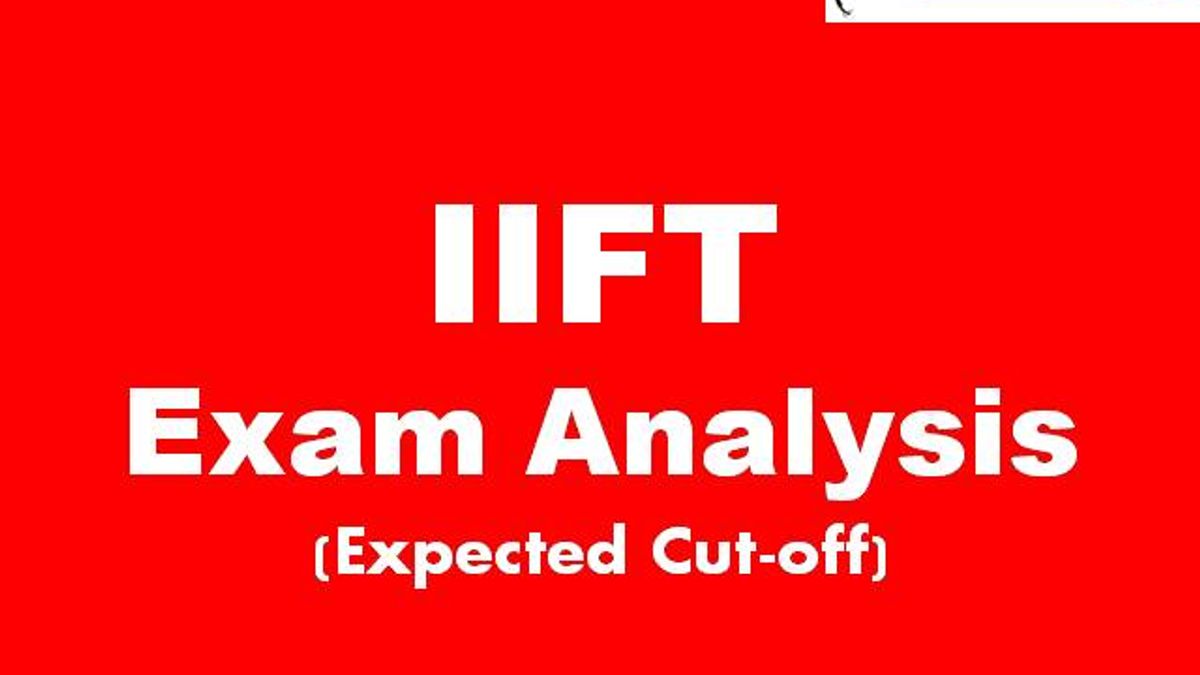 Experts from HitBullsEye share IIFT 2020 detailed Exam Analysis for the exam that was conducted by NTA on 1st December during 10 am to 12 pm slot. Find out what experts at Hit Bullseye Test Prep Centre have to say about the difficulty level, expected cutoff and major surprises in the IIFT 2020 exam conducted for admission to IIFT Delhi and Kolkata campus.

This year IIFT exam was conducted by National Testing Agency and exam was computer based. There were 4 sections namely QR, RC&VA, DI&LR, GA with a total of 110 questions. QR section was tough this year. DI was calculation intensive and selection of question was important in LR. RC was comparatively easier than last year and was dominated by factual questions. Vocabulary was the toughest part in RC&VA section as the words were moderate to tough. Like last year GK was tough. To maintain the cutoff in all 4 sections time management was the key.

The break-up for the four sections was as follow:

Overview of the IIFT 2020 Paper

The expected overall score at which one can expect a call from IIFT will be around 105 – 115 marks. Remember, you need to clear the individual sectional cut-offs as well. However, the cutoffs are calculated keeping in mind that the format of the paper has been changed to computer based.

Evaluation: This section was difficult this time. Overall it was dominated by Arithmetic, Geometry and Mensuration. Geometry and Mensuration included questions on Triangles, Coordinate and Height and Distance. In Arithmetic section questions on percentages were easy but lengthy. This time there was a question on installment and escalators as well. Questions on clock and Venn diagram were easy and direct. This time there were a couple of questions from algebra. So overall it was difficult as it had only few direct questions.

Evaluation: The RCs were easy to medium in difficulty level and were shorter in length as compared to last year. There were four passages with 4 questions each. A student could have easily solved two-three passages in the given time. The RC section was dominated by factual questions.

Evaluation: This section was of moderate level and DI was slightly easier than last year as the graphs and tables were easy to interpret, but it was calculation intensive. Two sets were graph based and two sets were table based. Table based graph on Delhi/Mumbai (style based S1 S2 S3 S4) was easy. In the LR section circular based block was difficult while input output set was comparatively easier. There was also a 3 set Venn diagram which was of moderate level.

Evaluation: The General Awareness section had questions from various topics and tested the candidate across all areas. There was a fair mix of current and static GK. As expected this year also GK was tough. The expected attempt is low.

*Disclaimer: All the above given information is based on personal opinion of Bulls Eye Expert faculty. Several factors have been considered before giving these cut-offs however, It has nothing to do with original cut-offs.