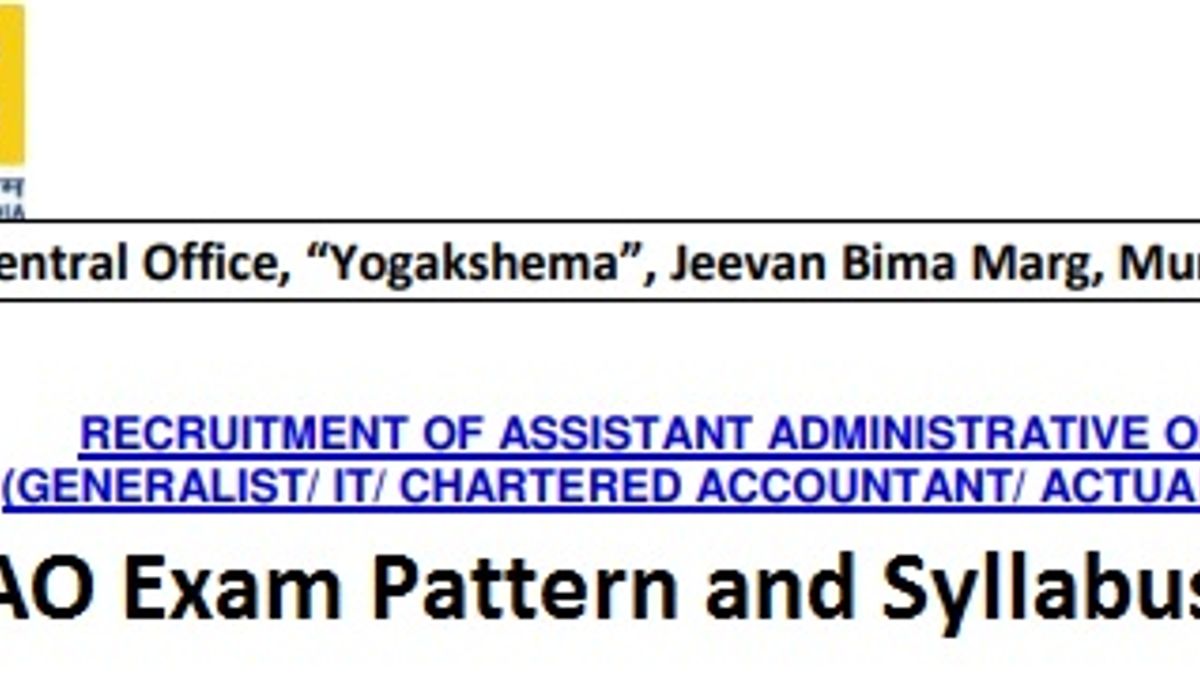 The Life Insurance Corporation of India (LIC) has issued notification for the recruitment of 590 Assistant Administrative Officer. The posts that are notified are: Generalists, IT, CA, Actuarial and Rajbhasha.

Tips to prepare for online computer based Bank exams

The LIC has not provided any specific syllabus for the AAO exam but on the basis of the analysis of previous exams, some important topics are as below:

• Problems based on Age

• Reading Comprehension (including questions on vocabulary)

• Theme of the Passage

• Countries, their Capitals and Currencies

• Airports around the World

• Superlatives in India and the World

All the candidates have to appear separately in these stages to get qualified finally.

There is a major change in the LIC AAO 2019 Exam Pattern. LIC has introduced the new concept of Sectional Timings in the Prelims Exam as done by the IBPS & SBI. The Prelims Exam is of Objective Type. It will be conducted online and total marks will be 70 though the number of questions will be 100. The English Language section is qualifying in nature and the marks will not be considered for the ranking. The duration of this test will be of 1hour and there will be three sections which are as follows:

Bank PO or SO: Which One to Choose

Mains Exam Objective Test (for Specialists posts of IT, CA and Actuarial):

How Scores are obtained?

The scores obtained by each of the candidates in different sessions will be normalised using equi-percentile equating method.

The Scores of Examination are obtained by adopting the following procedure:

II. The number of candidates to be called for interview will be about three times the number of vacancies to be filled in subject to availability of successful candidates in the Mains Exam and will be as per their ranking in their respective category.

IV. Outstation candidates called for interview shall be entitled for re-imbursement of Second Class Ordinary to and fro Railway/Bus Fare by the shortest route from the place of residence to the place of interview to be restricted to the fare by Railway Second Class Sleeper including the Reservation charges.

Considering the exam pattern and syllabus, the candidates should start preparing for the exam. The syllabus is exhaustive and should be studied well so that the chance of success becomes more in the exam.