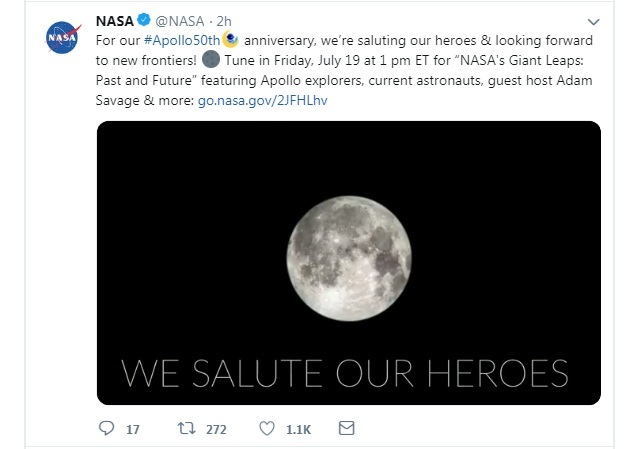 Command module: Called Columbia, the module was the only one that returned to earth, it comprised a cabin for the three astronauts. Pilot Michael Collins flew Columbia in the lunar orbit while the other two astronauts were on the Moon's surface. 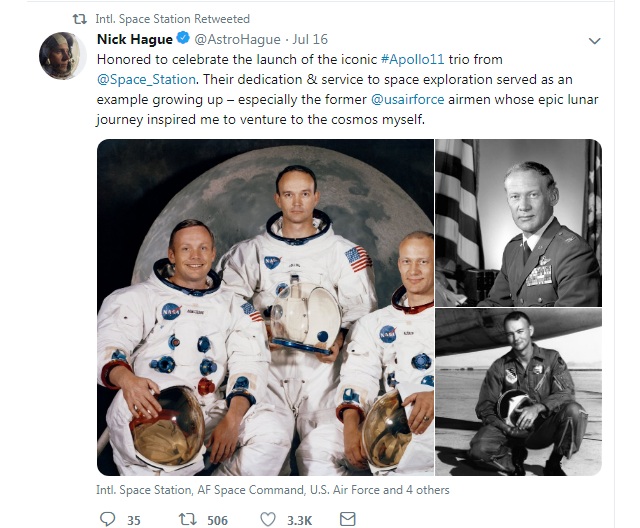 Neil Armstrong became the first person in history to step on the Moon on July 21 and the event was broadcasted on live TV. Armstrong described the event as “one small step for a man, one giant leap for mankind.” Buzz Aldrin joined him on the moon's surface 19 minutes later. The astronauts planted a flag of the United States on the lunar surface and then spoke to the then US President Richard Nixon through a telephone-radio transmission, which Nixon termed as "the most historic phone call ever made from the White House."

After collecting 21.5 kg of lunar material, Neil Armstrong and Buzz Aldrin used Eagle's ascent stage to return to the Columbia command module in the lunar orbit and all the three astronauts returned to the Earth on July 24 after spending more than eight historic days in space. Apollo 11's success fulfilled the national goal proposed by late US President John F Kennedy in 1961 of landing a man on the Moon and returning him safely to the Earth before the end of the decade. Elected in January 1961, John F Kennedy served as the 35th president of the United States until his assassination in November 1963.

The Apollo programme was dedicated to the national goal set by President John F. Kennedy. The programme received a major setback when a cabin fire in 1997 Apollo 1 mission killed the entire crew during a prelaunch test.

Apollo 8 was the first manned space mission to the Moon in 1968. However, the spacecraft could not land on the Moon. Apollo 8 became the first mission to orbit another celestial body.

Apollo 13, the seventh manned flight to the Moon and the third landing mission was the only one that failed at its goal. Apollo 13, launched on April 11, 1970, had to abort its moon landing after an oxygen tank exploded two days after its launch crippling the service module that supported the command module. The crew, however, returned safely to Earth six days after the launch using the lunar module.

The Apollo programme is the only one till date to have sent manned space missions beyond low Earth orbit.