What is Armenian Genocide? All you need to know

Armenian Genocide: The Armenian genocide included the large-scale massacres of able-bodied male population and deportation of women, children and the elderly through death marches into the Syrian desert. 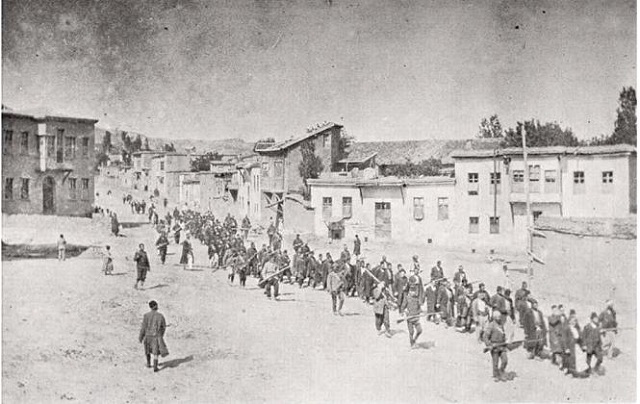 Armenian Genocide: The US House of Representatives on October 29, 2019 officially recognized the mass extermination of Armenians by the Ottoman Empire between 1915 and 1917 as genocide.

The members of the House of Representatives supported the symbolic resolution by 405 votes, while just 11 voted against it. The Speaker of the House, Nancy Pelosi said she was honoured to vote for the resolution, in remembrance of one of the great atrocities of the 20th century- the systematic murder of millions of Armenian men, women and children by the Ottoman Empire."

Pelosi condemned the barbarism committed against the Armenian people and called it genocide. Shortly after the vote, the members of the house backed a new legislation that proposes sanctions on Turkey for its recent military offensive in northern Syria.

These two resolutions will now be sent to the US Senate, which is controlled by the Republicans. The Democrats enjoy majority in the US House of Representatives. This is for the first time that a resolution such as the Armenian genocide one has been passed by a chamber of the US Congress. Though similar resolutions had been introduced before, they had never been passed.

Turkey strongly condemned the move, with it's Foreign Minister Mevlut Cavusoglu calling it null and void. Turkey also called it as a meaningless political step, which solely addresses the Armenian lobby and anti-Turkey groups. Turkey said that the move risks harming ties between the two countries.

The Turkish Foreign Ministry also said the sanction measure was incompatible with the spirit of their NATO alliance.

The resolution and proposed sanctions come at a time when the tension is high between the US and Turkey, over its latest military offensive in Syria on Kurdish-controlled areas. The offensive came as the United States and Turkey were planning to create more safe zones following the retreat of the US forces from major parts of Syria.

Armenian Genocide: All you need to know

The Armenian Genocide refers to the systematic mass extermination and expulsion of 1.5 million ethnic Armenians within the Ottoman Empire by the Ottoman government between 1914 and 1923, during and after the First World war.

The mass extinction allegedly began on April 24, 1915, when the Ottoman authorities rounded up around 270 Armenian intellectuals and community leaders and murdered a majority of them.

The genocide was reportedly implemented in two phases:

1. Large-scale massacre of the able-bodied male population and subjection of army recruits to forced labour.

2. Deportation of women, children, the elderly and the sick through death marches into the Syrian desert. Escorted by the military, the deported people were denied food, water and were subjected to robbery, rape, and massacre.

The Armenian diaspora was formed across the world mostly as a direct result of the genocide. The Armenian Genocide is known as one of the first modern-day genocides.

A Polish lawyer, Raphael Lemkin had coined the term genocide in 1943 after he was moved by the mass extermination of the Armenians. 'Genos' in Greek means family, race of tribe, while 'cide' is a Latin term for killing.

Turkey on the mass killings

Turkey rejects the use of the word ‘genocide’ for the killings and denies that there was a systematic and premeditated plan to exterminate Armenians as an ethnic group during World War I.

Turkey’s version of the incident states that many Armenians were killed during the First World War after clashes with the Ottoman forces. The country categorically denies that the killings can be constituted as genocide.

The Armenians, on the other hand, have been calling on the international community to recognize the mass extinctions as genocide.

Till now, 31 countries including Russia, Canada, France, Brazil, Germany and Italy as well as 49 among the 50 US states have recognized the killings as genocide.