The wildlife wing of Himachal Pradesh's forest department has spotted a significant rise in the number of snow leopards in Chichim valley of Lahaul Spiti in the recent times. 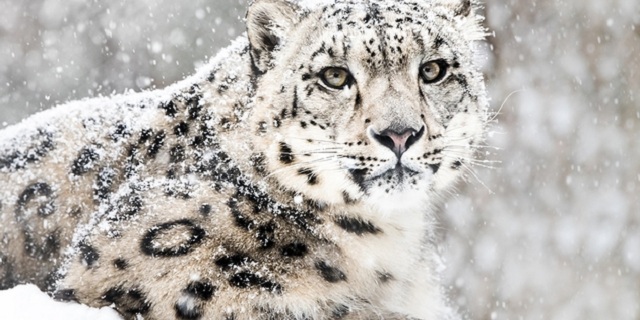 The population of snow leopards has witnessed a surge in the Himalayas in the recent times.

The wildlife wing of Himachal Pradesh's forest department has spotted a significant rise in the number of snow leopards in Chichim valley of Lahaul Spiti in the recent times.

The main cause of the surge in the population of endangered snow leopards is reported to be due to the prey-base available to them.

The snow leopard is the state animal of Himachal Pradesh, and the state’s wildlife department has been putting efforts to conserve the leopard species in the hill state.

The Himachal Pradesh wildlife department is working in collaboration with the Nature Conservation Foundation (NCF) in Mysore and carrying out research and conservation activities in the Valley.

Though efforts for conservation were being made from the last 15-20 years, the number of snow leopards has seen an increase only in recent times.

Why are the Snow Leopards Endangered?

• Hunting, habitat loss and retaliatory killings are the main reasons that the animal species is under threat.

• Snow leopards are often killed by local farmers because they prey on livestock such as sheep, goats, horses and yak calves.

• The animals which snow leopards typically hunt are also hunted by local communities. As their natural prey becomes harder to find, snow leopards are forced to kill livestock for survival.

• The snow leopard habitat range also continues to decline from human settlement and increased use of grazing space.

• Besides this, the climate change also poses a great long-term threat to the snow leopards.

• Impacts from climate change could result in a loss of up to 30 percent of the snow leopard habitat in the Himalayas alone.