The fourth India-Canada Annual Ministerial Dialogue is set to begin in New Delhi. A high level delegation led by the Canadian International Trade Minister, François-Philippe Champagne is visiting India to attend the dialogue. 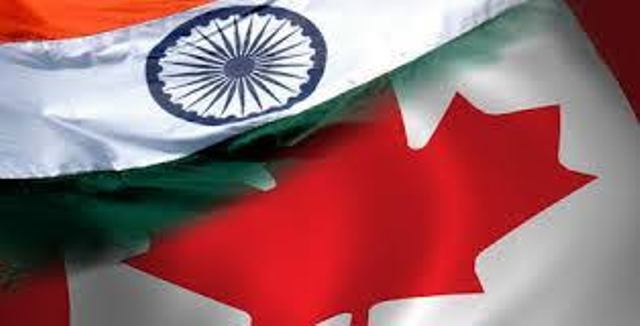 The fourth India-Canada Annual Ministerial Dialogue is set to begin in New Delhi on 13 November 2017.

A high level delegation led by the Canadian International Trade Minister, François-Philippe Champagne is visiting India to attend the dialogue. The Indian delegation will be led by the Commerce and Industry Minister, Suresh Prabhu.

• At the meet, India and Canada would be focusing on some of the key commercial drivers to enhance the partnership between the two nations.

• Efforts would be made to work towards the expeditious conclusion of the Comprehensive Economic Partnership Agreement for a progressive, balanced, and mutually beneficial agreement covering both goods and services.

• Considering the high potential for bilateral trade, the trade ministers of both countries are likely to discuss issues to explore ways of expediting the early conclusion of the CEPA and the Foreign Investment Promotion and Protection Agreement (FIPA).

• They would also explore options for Indian interests in addressing the Temporary Foreign Workers Programme (TWFP) of Canada, which is affecting the movement of Indian professionals seeking short term visas.

• Though geographically separated by a large distance, India has long standing friendly bilateral relations with Canada.

• The historical ties between the two countries date back to the late 19th Century, when Indians began migrating in small numbers to British Columbia in Canada.

• Canada now has over 1.2 million Persons of Indian Origin (PIO), comprising more than 3 percent of its population.

• Though India’s commercial ties with US have seen an upswing in the last few years, trade and investment relations between India and Canada are yet to realise their full potential.