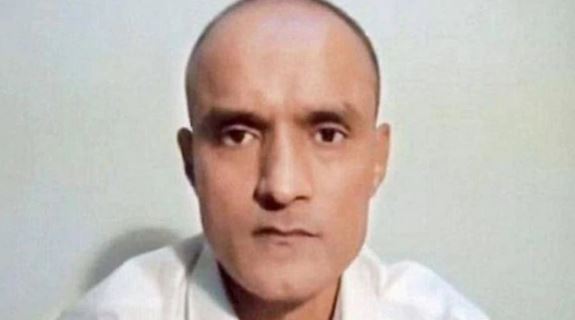 India has accepted Pakistan’s offer of consular access to Kulbhushan Jadhav. The meeting is expected to be held on September 2, 2019. Pakistan’s surprise offer to India comes at a time when tensions are high between the two countries over the Kashmir issue.

Senior Indian diplomat, Charge d' Affaires at the Indian High Commission in Islamabad, Gaurav Ahluwalia will be meeting Kulbhushan Jadhav today. The meeting’s venue has not been shared.

Pakistan announced its decision to grant consular access to Jadhav on September 1, 2019. The decision was in line with the judgement delivered by the International Court of Justice (ICJ) on July 18, in which it had directed Pakistan to provide Jadhav with a fair trial and consular access.

The International Court of Justice had on July 18, 2019 put a stay on the execution of Kulbhushan Jadhav. The ICJ directed Pakistan to review and reconsider the death sentence order awarded to Jadhav by a Pakistani military court on the charges of espionage and terrorism.

The ICJ bench, headed by President of the Court Judge Abdulqawi Ahmed Yusuf, ruled in India's favour by 15 to 1 votes. The bench not only rejected all objections raised by Pakistan but also called for effective review and reconsideration of Kulbhushan Jadhav's conviction and also directed Pakistan to provide Jadhav consular access without further delay.

The ICJ ruled that providing Jadhav diplomatic access was in accordance with the Vienna Convention and Pakistan had violated it by denying him the right. Ever since Jadhav's arrest, India had been asking for consular access.

Kulbhushan Jadhav is an Indian national, a retired Indian Navy officer, who was arrested in Mashkel, Balochistan on March 3, 2016 on charges of terrorism, espionage and sabotage activities. While Pakistan accused him of being a serving commander in the Indian Navy for spying for Indian intelligence agency RAW, India claimed that Jadhav was a former naval officer, who took premature retirement. A Pakistani military court sentenced Jadhav to death on April 10, 2017.

Pakistan had previously granted India consular access to Jadhav on August 1. However, India did not accept the offer due to certain conditions put by Pakistan such as the presence of a Pakistani official during the meeting.

The current offer has come at a time when the relations between India and Pakistan are strained due to recent decision by the Indian government to withdraw the special state status of Jammu and Kashmir and bifurcate it into two Union Territories.