With this, Doshi became the first Indian to win the Pritzker Prize, the premier global award for architecture. 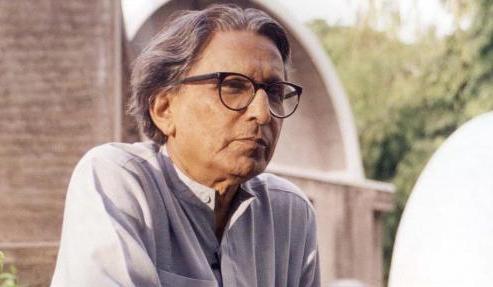 Indian architect Balkrishna Doshi was on March 7, 2018 awarded with 2018 Pritzker Prize for being able to interpret architecture and transform it into buildings that respect Eastern culture.

Doshi was recognised for his exceptional work, his commitment and dedication to his country and its communities and for his influence as a professor.

With this, Doshi became the first Indian to win the Pritzker Prize, the premier global award for architecture.

• He has always created an architecture that is serious, never flashy or a follower of trends.

• He has created projects for public administrations and utilities, educational and cultural institutions, and residences for private clients, among others.

• His works are an extension of his life, his philosophy and his dreams.

• Doshi helped shape UNESCO-backed International Charter on the Education of Architects, which forged an international alliance of industry practitioners.

• An alumnus of the JJ School of Architecture in Mumbai, Doshi worked with Charles-Edouard Jeanneret, known as Le Corbusier, in Paris in the 1950 before returning to India to supervise the architect's projects.

• He has honorary doctorates from the University of Pennsylvania and McGill University in Montreal.

• He has founded various organisations- School of Architecture, Ahmedabad; School of Planning; Centre for Environmental Planning and Technology (whose building he also designed); Visual Arts Centre, Ahmedabad and Kanoria Centre for Arts, Ahmedabad.

• The Pritzker Prize is regarded as equivalent to the Nobel Prize in the field of architecture.

• The award includes USD 100000 prize money and is sponsored by Hyatt Foundation.