During the meeting, technical discussions were held on implementation of various hydroelectric projects under the provisions of Indus Waters Treaty 1960 including Pakal Dul (1000 MW) and Lower Kalnai (48 MW) projects in Jammu and Kashmir. 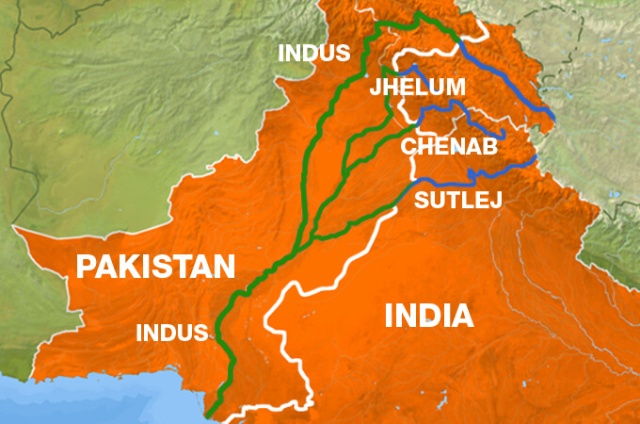 The 115th meeting of the India-Pakistan Permanent Indus Commission (PIC) was held in Lahore, Pakistan during August 29-30, 2018. The Indian delegation was led by PK Saxena, the Indian Commissioner for Indus Waters.

• During the meeting, technical discussions were held on implementation of various hydroelectric projects under the provisions of Indus Waters Treaty 1960 including Pakal Dul (1000 MW) and Lower Kalnai (48 MW) projects in Jammu and Kashmir.

• Both the countries agreed to undertake the Treaty mandated tours of both the Indus Commissioners in Indus basin on both sides.

• They deliberated on further strengthening the role of the Permanent Indus Commission for matters under the Treaty.

• It was agreed by both the sides to hold the next meeting of the Permanent Indus Commission in India on mutually convenient dates.

However, Pakistan demanded reduction of the height of Pakal Dul's reservoir up to five metres, maintenance of 40-metre height above sea level while making spillways' gates of the Pakal Dul project.

It also demanded clarification regarding the pattern and mechanism for the water storage and releases and some technical concerns over design of the Lower Kalnai hydropower project.

• Indus Waters Treaty was signed in 1960 after over 9 years of negotiations between India and Pakistan with the help of the World Bank, which is also a signatory.

• The treaty was signed in Karachi on 19 September 1960 by then Prime Minister of India Jawaharlal Nehru and President of Pakistan Ayub Khan.

• The Treaty designates Jhelum, Chenab and Indus as the “Western Rivers” to which Pakistan has unrestricted use.

• India was given the control over three "eastern" rivers namely Beas, Ravi and Sutlej.

• The Treaty describes the methods for cooperation and information exchange between the two countries regarding use of the rivers.

• It also puts up different procedures to handle issues such as- “questions” to be handled by the Commission; “differences” to be resolved by a Neutral Expert and “disputes” to be referred to seven-member tribunal “Court of Arbitration.”

• Under the Treaty, India is permitted to construct hydroelectric power facilities on these rivers subject to constraints specified in Annexure to the Treaty.

• Permanent Indus Commission, which is responsible for cooperation and information exchange between both the countries, has a commissioner from each country.