Jammu and Kashmir’s statehood to be restored soon: Home Minister

Jammu and Kashmir’s statehood will be restored soon with no demographic change, shared Home Minister Amit Shah during a meeting with a political delegation from Jammu and Kashmir. 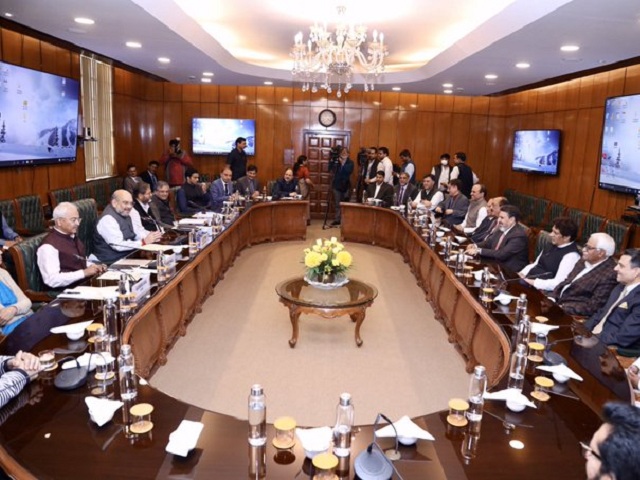 Jammu and Kashmir’s statehood is expected to be restored soon with no demographic change. The information was shared by Union Home Minister Amit Shah during a meeting with the 24-member political delegation from Jammu and Kashmir’s Apni Party led by its president Altaf Bukhari in New Delhi on March 15, 2020.

The Home Minister engaged in discussions over 40 issues that were raised by the delegation, concerning the region such as autonomy of J&K, relief in agriculture, tourism and horticulture and age relaxation for the youth from the UT in UPSC exams. He asserted that the centre had no intention of bringing any demographic change in Jammu and Kashmir.

He stated that the government will work with all sections of the society to restore the statehood for Jammu and Kashmir at an early opportunity. He also revealed that all political prisoners will be released in due course. 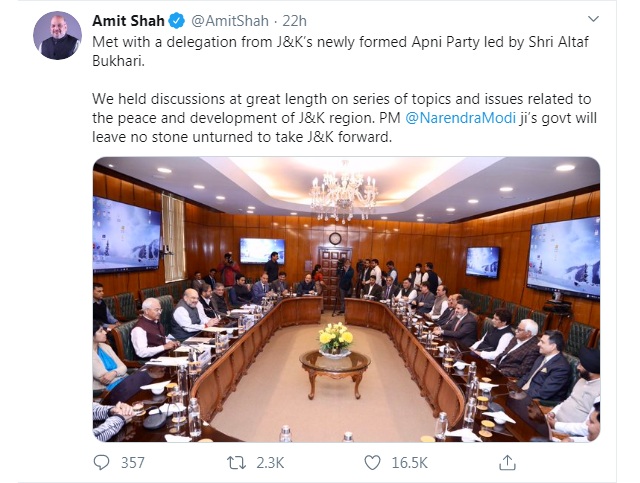 • During the meeting with the delegation from J&K’s Apni Party, the Home Minister expressed confidence that visible changes will be seen on the ground in the next few months and assured that the centre will take all the required steps to ensure the overall development of Jammu and Kashmir.

• The political delegation is the first one to hold discussions with the centre after the withdrawal of J&K’s special status on August 5, 2019 and formation of the two new Union Territories.

• The delegation had also met Prime Minister Narendra Modi on March 14, who also assured them that J&K’s statehood will be restored at the earliest. The Home Minister also referred to the prime minister's address to the nation after the withdrawal of Article 370 and said that he, himself in his speech in Lok Sabha on August 6, 2019 had expressed the same.

• The Home Minister also clarified that the centre had no intention of bringing a demographic change in the region.

• Referring to issues including relaxation in curfew, restoration of internet and release of political prisoners, the Home Minister said that all the decisions were being taken by the Prime Minister and implemented by the Home Minister based on the ground realities and not due to any pressure.

• Once statehood is restored, J&K is expected to have a better domicile policy in comparison to other states, revealed the Home Minister.

While discussing other issues, the Home Minister asserted that there will be no discrimination in the implementation of central laws in the region and a commission will be set up to look into the issue of reservation in the union territory to ensure that no injustice is done to the minority communities including the nomads and Gujjars. Shah also announced that the centre will appoint a senior nodal officer who will meet people twice a week to address their grievances.

The centre announced the abrogation of Article 370 and the withdrawal of J&K’s special status on August 5, 2019. The region was then bifurcated into two new Union Territories- Jammu and Kashmir and Ladakh.