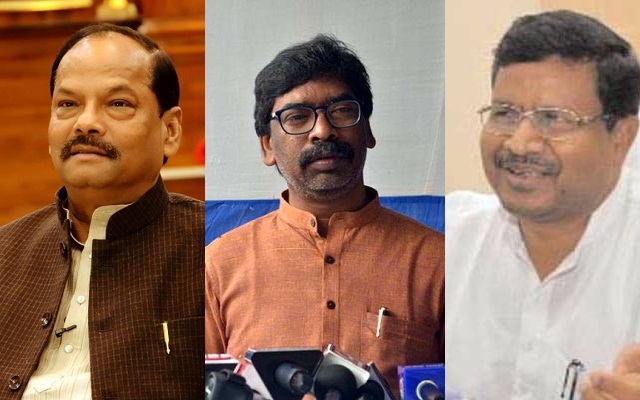 The incumbent CM Raghubar Das lost from Jamshedpur East by 15833 votes, while JMM’s Hemant Soren won from both Barhait and Dumka. The first-ever Chief Minister of Jharkhand Babulal Marandi also won from Dhanwar by 17550 votes.

The Jharkhand Election Results 2019 revealed a large anti-incumbency wave. The state of Jharkhand has never seen the same government being voted back to power in succession.

Jharkhand was carved out of Bihar on November 15, 2000. Babulal Morandi had become the first-ever Chief Minister of the state. Since then, the state has witnessed three assembly elections and a total of six Chief Ministers, as before BJP’s Raghubar Das-led government, no state government had completed its full five-year term in the state.

The six CMs of Jharkhand include 5 former CMs Babulal Morandi, Arjun Munda, Madhu Koda, Shibu Soren and Hemant Soren and incumbent CM Raghubar Das. No Chief Minister in the state has ever retained his position previously.