Mittal is the first woman from the field of law and justice to be conferred the prestigious award. The Nari Shakti awards are national honours conferred on individual women for their exceptional achievement and exemplary service to the cause of upliftment of women. 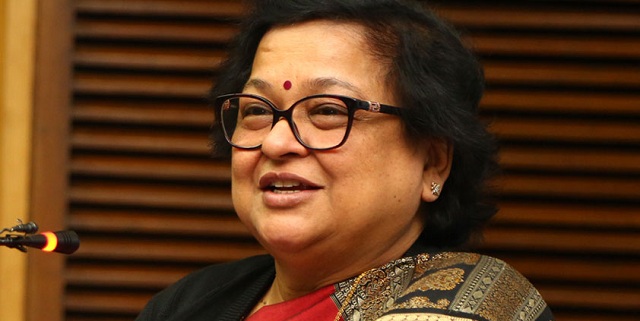 The Acing Chief Justice of Delhi High Court, Justice Gita Mittal will be conferred the ‘Nari Shakti Puraskar 2017’ by the Ministry of Women and Child Development.

The award, known as India’s highest civilian honour for women, will be bestowed upon 30 women and organizations on March 8, on the occasion of the International Women’s day.

Mittal is the first woman from the field of law and justice to be conferred the prestigious award. She is known to have introduced many welcome changes in the functioning of the Delhi High Court, ever since she took over as the Acting Chief Justice of the court after the retirement of Justice G Rohini in April 2017.

She has also been closely monitoring the dispensation of justice in Delhi and initiated a clean-up drive of the lower judiciary.

• She noted that such cases result in secondary traumatisation during trial, which further aggravates the victimisation of the women and children.

• To address these procedural bottlenecks and institutional barriers, Justice Mittal as a judge of the Delhi High Court spearheaded the Vulnerable Witness Project.

• The project emerged as an unparalleled example of jurisprudential intervention and judicial leadership in which the legal and institutional barriers for access to justice to women were removed.

• Justice Mittal was appointed as an Additional Judge at Delhi High Court in 2004 and was made permanent in 2006.

• She was then elevated as the Acting Chief Justice in April 2017, succeeding Justice G Rohini.

• During her tenure, she has authored several significant judgments, including pronouncements on compensation for riot victims, right to shelter of internally displaced persons, right to marriage of a female member of the Armed Force, principles governing DNA testing in paternity issues in the absence of statutory provisions and the right to workers in labor force.

• Further, she also played a huge role in making Delhi the first city to have its own ‘Vulnerable Witness Deposition Complex’.

• The complex was inaugurated in 2013 to provide protection, privacy, confidentiality and comfort to vulnerable witnesses in an in-camera atmosphere.

The awards are national honours conferred on individual women for their exceptional achievement and exemplary service to the cause of upliftment of women.

Established in 1991, the awards are conferred by the President of India on the occasion of International Women's Day on March 8 every year at New Delhi.

They aim to recognise the spirit of courage of women in difficult circumstances and the pioneering contribution of an individual in empowering women and raising women's issues.

The other awardees this year include:

Jayamma Bhandari: She has been working for over 20 years to rehabilitate sex workers.

Jetsun Pema: She has dedicated her life for Tibetan refugee children since 1964.

Dr. Lizymol Philipose Pamadykandathil: She is a scientist with three decades of experience in the field of polymers and biomaterials.

Dr. MS Sunil: She is a retired zoology teacher in Pathanamthitta. She is known for her exemplary contribution in social work.