Prashant Kishor and Kanhaiya Kumar are the biggest names of the Forbes’ 20 people to watch in the 2020s list. 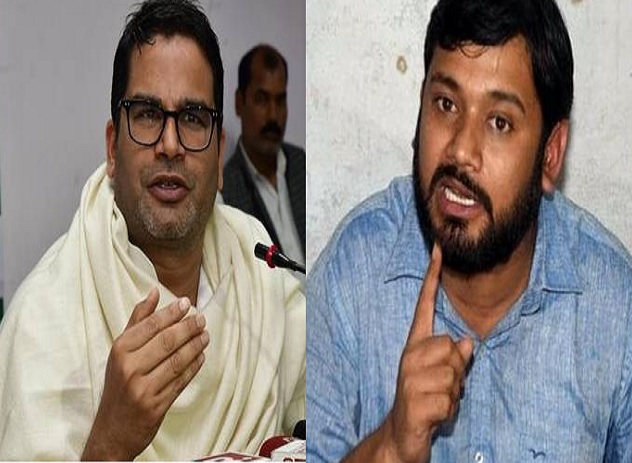 • A US-based political commentator and comedian Hassan Minhaj is one first position in the list, while Keyna’s Marathon runner Eliud Kipchoge in on the 20th place.
• Apart from Kanhaiya Kumar and Prashant Kishor, five Indians have also been ranked in this list. These five Indians are - Aditya Mittal, The Godrej family, Dushyant Chautala, Mahua Moitra, Garima Arora.
• Environmental Activist Greta Thunberg also found a place in the list. She has ranked 15th on the list.
• A chef by profession, Garima Arora, has ranked 14th in the list. Forbes explained that she has become the first Indian woman to receive a Michelin star as her restaurant, Gaa, in Bangkok was awarded by the 2019 Michel Guide for Thailand.

About Prashant Kishor and Kanhaiya Kumar

Forbes wrote about Kanhaiya Kumar that he is trying to build a powerful identity in Indian politics in the future. Kanhaiya Kumar, a 32-year-old leader of the Communist Party of India, became the face of student politics at the Jawaharlal Nehru University (JNU) when he was slapped with sedition charges in 2016.

Forbes wrote about Prashant Kishor saying that he has been a political strategist since 2011. He helped the BJP to win the Gujarat Assembly elections. He played a key role in the strategic campaigns for Narendra Modi in 2014 and 2019. He also played an important role for YSR Jagan Mohan Reddy in Andhra Pradesh elections in 2019 and for Shiv Sena in Maharashtra.