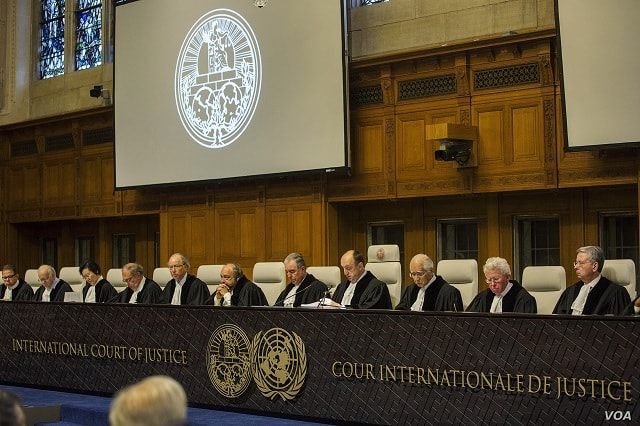 ICJ bench headed by President of the Court Judge Abdulqawi Ahmed Yusuf had delivered the judgement. The court ruled in India's favour by 15 to 1 votes. The ICJ bench rejected all objections raised by Pakistan and called for effective review and reconsideration of Kulbhushan Jadhav's conviction. The court also directed Pakistan to grant consular access to Jadhav without further delay. The court noted that granting diplomatic access to Jadhav was in accordance with the Vienna Convention and Pakistan had violated it by denying Kulbhushan Jadhav the right. India had been asking for consular access ever since Jadhav's arrest.

The ICJ, further stated that based on the evidence collected there is no doubt that Kulbhushan Jadhav is an Indian national and the fact was acknowledged by both India and Pakistan. Former Indian External Affairs Minister Sushma Swaraj welcomed the court's decision in Kulbhushan Jadhav case. 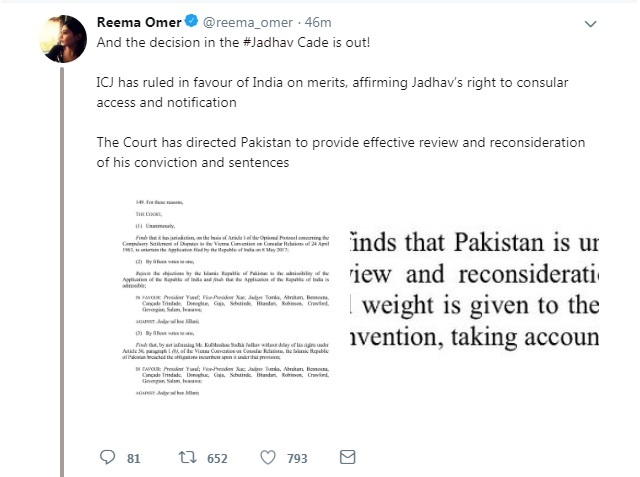 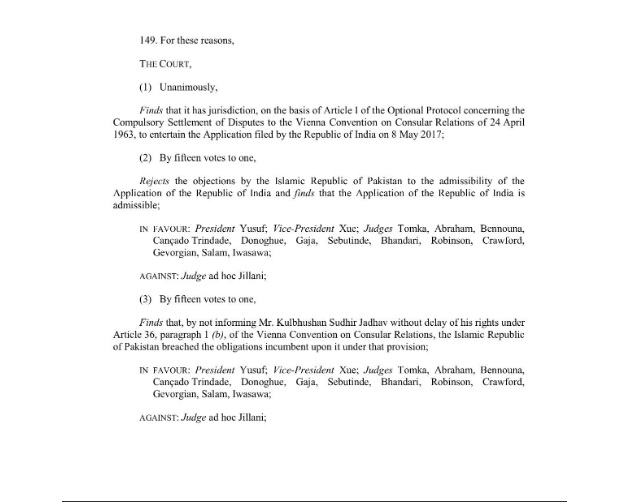 Kulbhushan Jadhav, an Indian national, was arrested in Mashkel, Balochistan on March 3, 2016 and accused of terrorism, espionage and sabotage activities. The Pakistani government claimed that Jadhav was a serving commander in the Indian Navy and accused him for spying for Indian intelligence agency RAW.

Kulbhushan Jadhav was sentenced to death by a military court in Pakistan on April 10, 2017 after being tried under section 59 and section 3 of Pakistan Army Act, 1962 and official Secret Act of 1923 by Field General Court Martial (FGCM) respectively.

The Indian government, on the other hand, claimed that Jadhav was a former naval officer, who took premature retirement. India claimed that Jadhav who had a small cargo business in Iran's Chabahar was abducted from Iran border and brought to Pakistan illegally and then sentenced to death under a fake trial.

India accused Pakistan of violating the Vienna Convention by not granting consular access to Kulbhushan Jadhav. India then moved the ICJ on the matter, which stayed the execution in May 2017 until the final judgement of the case.

Senior Indian advocate Harish Salve had represented India at the ICJ during the hearing of Kulbhushan Jadhav case in Hague. Salve had charged just Re 1 to represent India.

The Vienna Convention is an international treaty, which defines the framework for diplomatic relations between independent countries. The convention specifies the privileges of a diplomatic mission to ensure the protection of diplomats and enable them to work without fear of harassment or coercion by host country. The Vienna Convention formally guarantees diplomatic immunity.